The former Director General of the Nigerian Maritime Administration and Safety Agency (NIMASA) said, “Rivers people may not yet understand the damage being done to the finances of the state government as many contracts have been awarded under Wike’s administration without following the due process. 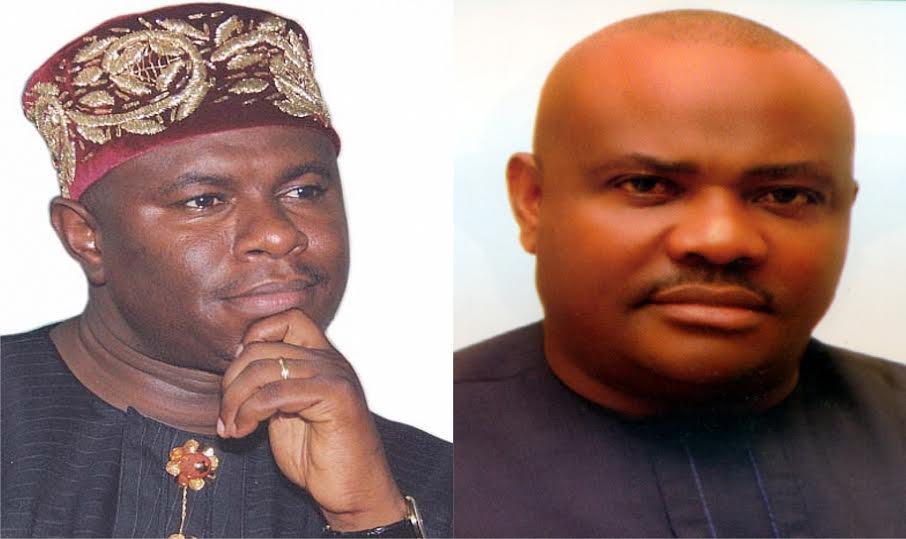 Former governorship candidate of an All Progressives Congress (APC) in Rivers, Dr. Dakuku Peterside, has raised a series of queries on the claims by Governor Nyesom Wike that N16 billion has been spent on the ongoing building of a Law school in Port Harcourt.

Peterside, who said he was not opposed to the building of the facility, however, claimed that the contract was awarded from the “breast pocket” of the governor without bidders nor provision in the state budget.

He said the huge spending was not approved by the Rivers State House of Assembly, while due process was not also followed in terms of advertisement and competitive quotation from interested contracting firms.

The former Director General of the Nigerian Maritime Administration and Safety Agency (NIMASA) said, “Rivers people may not yet understand the damage being done to the finances of the state government as many contracts have been awarded under Wike’s administration without following the due process.

“Rivers State has a public procurement law that clearly states how contracts should be advertised and awarded to successful bidders, we have not seen such in this administration. Contracts are just simply awarded from the breast pocket of the governor and to who he likes.”

Peterside, a former works commissioner in Rivers State lambasted the governor for always condemning others over what he serially indulges in, but he is always quick to call names in a veiled attempt to portray himself as a saint.

According to him, “Under what law did the governor award the contract from his private residence? Who evaluated the Bill of Quantities(BQ) and how do you account for N5 billion set aside for miscellaneous? Under what law are 50-70 percent advance payments made?

“I know that the governor’s usual attack dogs will respond without first thinking of the future of Rivers generations and governance where one man single-handedly awards contracts without laid down procedures”.

He claimed that Rivers people do not even have access to the state’s budget, hence do not know how many more contracts have been awarded without budgetary provisions and in accordance with laid down procurement law as enacted by the House of Assembly.

“In due season, we shall demand how the governor has spent our collective wealth and shall account for every money that he has fritter away in a veiled attempt to hoodwink Rivers people.”

Peterside, who is also a former member of House of Representatives expressed concerns over the inability of the Wike-led administration to create jobs for teeming Rivers youths since he became governor in 2015.

“Governance is beyond brick and mortar, it is beyond the award of contracts, it is deliberate and measured, aimed at touching key sectors and giving the youth the platform to excel but the governor is sadly bereft of such ideas,” he summed up.