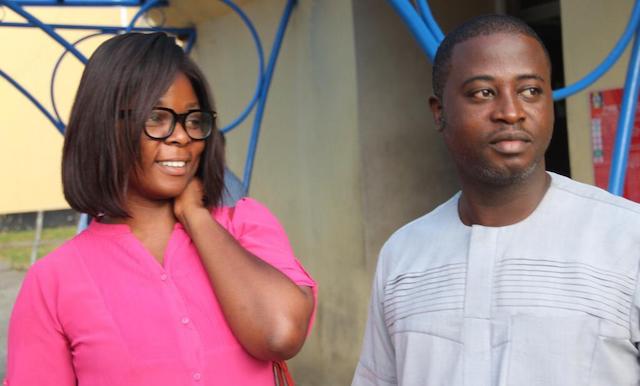 The trial of a couple, Oladeji and Omotayo Henry, alongside their company, Built Global Concepts, for an alleged N555M cryptocurrency fraud will continue on 13 December in Lagos.

The EFCC on 4 March 2020, arraigned the defendants on a seven-count charge of conspiracy to steal and stealing.

In one of the counts, the EFCC alleges that the couple in 2018 converted to the use of Abiodun Semawon Henry N410. 17M, property of Smart Investor Club.

The second count similarly accuses the couple of converting N70M, property of Julius Ekonorue, to the use of Abiodun Semawon Henry.

They pleaded “not guilty” to the charge.

At the proceedings on Thursday, prosecuting counsel, Bilikisu Buhari, presented more evidence against the couple through Olajide Fakoya, one of the victims of the alleged fraud.

Fakoya narrated how she got to know about the defendants’ activities in cryptocurrency and how she eventually invested N3million, which was transferred at different times to the bank account of Built Global Concepts.

Having gone through the guidelines and policies of the company on its WhatsApp group, which had over 100 members, Fakoya said she was convinced to invest in it “because of the assurance that members would get their principal deposits and interests back”, even if the business goes down.

Fakoya also told the Court that “Before you can invest with them, you have to join the WhatsApp platform, where the procedures for investing were spelt out.

“I was on the platform for a few weeks before I decided to invest with them.”

Between September and October 2018 when she joined the platform, Fakoya told the Court that for her investment of N3million, she only got paid the sum of N750,000.00 and that her principal investment was never paid back.

She further testified that she became worried when the defendants suddenly extended the minimum tenure, which was supposed to be 30 days, to 60 days.

According to her, “They should have paid me again in November, but they did not; instead, they told us in the group that it was due to the high rate of bank charges.

“They later posted a message to the platform that cryptocurrency was very low at the moment and that they won’t be able to sell. So, they told us to be patient.

“They also said that they won’t be able to return our principal deposits to us because they had changed all the money to cryptocoin.”

Fakoya added that, despite promises made to the “investors”, the defendants failed to do anything for them “one year after, by April 2019.”

She added: “We later sent them e-mails reminding them of their promises under their investment guidelines, safety of our funds and their integrity.

“They replied that they were bound by their words and promises.

“But the most unbelievable was that they now later told us that a trader, who was never mentioned to us before the investment, took a wrong decision that affected the whole investment.”