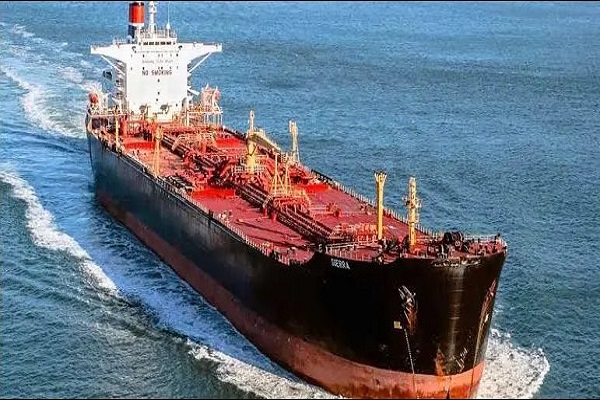 The Federal Government said the ‘rogue’ vessel that entered the nation’s maritime environment on August 7 “without any form of authorisation” and 26 other suspects standing trial before a Federal High Court in Port-Harcourt, Rivers State, risk life imprisonment upon conviction.

A very large crude oil carrier (VLCC) known as MT Heroic Idun was reported to have entered the “Total Safe Anchorage operated (by) Akpo Field”, in breach of existing maritime laws and conventions.

According to the Nigerian Navy, the vessel with overall length of 336-meters, has the capacity of conveying three million barrels of crude oil.

Speaking at a joint briefing at the Naval Headquarters in Abuja on Tuesday, a representative of the Federal Ministry of Justice, Mrs. Nkiruka Jones-Nebo, said: “An action has been filed, and the 27 defendants have been arraigned”, even as she added that “17 of them were arraigned yesterday (Monday), and ten of them were arraigned this morning (Tuesday) before the Federal High Court. “The court has already remanded them to be onboard the ship for obvious reasons, and to be supervised by the Navy”.

On the likely sentence, in the event of conviction, she stated: “Asking about the punishment, remember that it is the court that gives that. However, the Miscellaneous Offences Act, under which one of the charges was charged, has very stringent sanctions, up to even liable imprisonment depending on what it is. So, the court still has the discretion”.

Giving an update on the arrested ship, Chief of Policy and Plans (CPPLANS), Rear Admiral SS Garba, noted that “Nigeria has not recorded any piracy attack in its waters in over one year”.

The senior officer, who represented the Chief of the Naval Staff (CNS), Vice Admiral Auwal Gambo, assured: “The Service will maintain a posture of zero tolerance to crude oil theft and other criminal activities in our maritime domain”.

According to him, the super-tanker could be said to have committed the following offences against the Nigerian State: “Attempt to deal in export (of) crude oil without license or authorisation;

“Falsely accusing a Nigerian Navy ship of piracy on International Maritime Reporting Platforms after having communicated with the Nigerian Navy Ship without ambiguity about her identity, therefore violating sections of the Suppression of Piracy and Other Maritime Offences (SPOMO) Act 2019”.