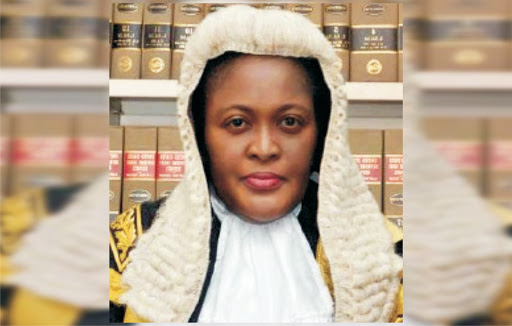 The Economic and Financial Crimes Commission (EFCC) on Friday, said that its operatives did not carry out any operation in Justice Mary Odili’s house.

This is even as a magistrate court warrant authorising the search of the Supreme Court Justice’s home has resurfaced.

The spokesperson for the EFCC, Mr Wilson Uwujaren, disclosed this in a statement in Abuja.

According to him, the information being spread by a section of the media over the development is false as the anti-graft agency did not carry out any operation at the home of the Supreme Court judge.

“The attention of EFCC has been drawn to claims in a section of the media that its operatives stormed Justice Odili’s home purportedly to execute a search in Maitama, Abuja.

“The commission by this statement wishes to inform the public that the report is false as it did not carry out any operation at the home of Justice Odili.

“If there was any such operation as claimed by the media, it was not carried out by the EFCC.

“The commission enjoins the public to discountenance the report, ” he said.

However, the warrant issued by FCT Magistrate for search on Justice Mary Odili’s residence has emerged.

According to the documents, the warrant was issued on the allegation that illegal activities were suspected to be going on at No. 9 Imo Street, Maitama, Abuja.

The Warrant was issued to CSP Anodo F.L and dated 29th October 2021.

Meanwhile, Mr. Aliyu Umar Ibrahim had on the 13 October 2021 deposed to an affidavit stating that he observed that some illegal activities are going on in some houses within Abuja and its environs.

See the documents below: 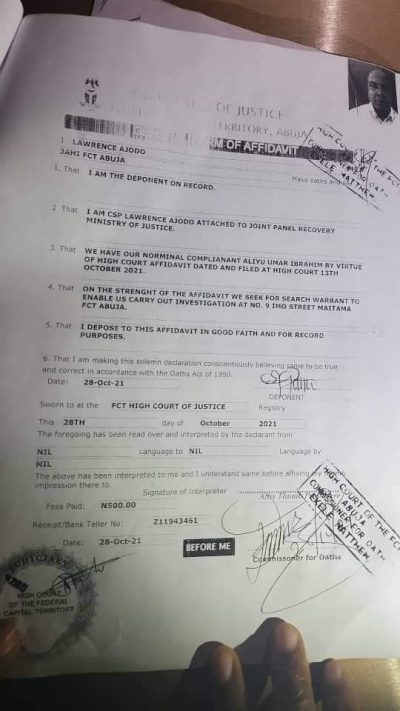 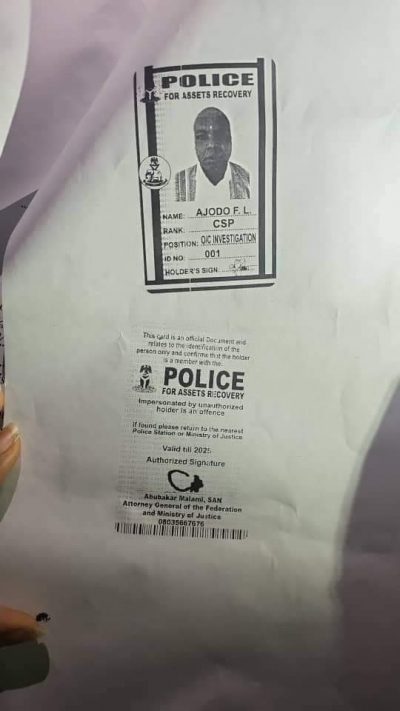 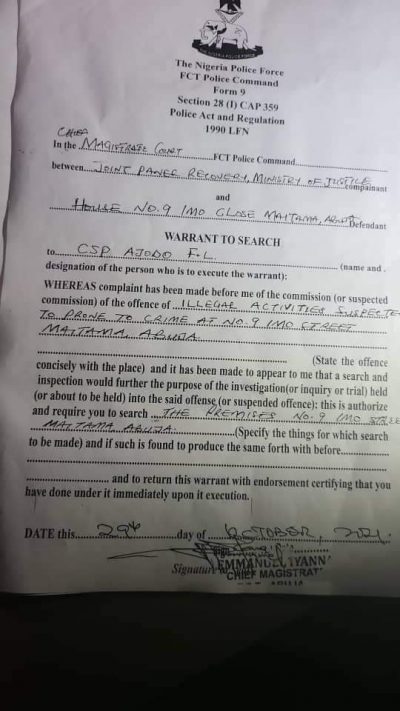 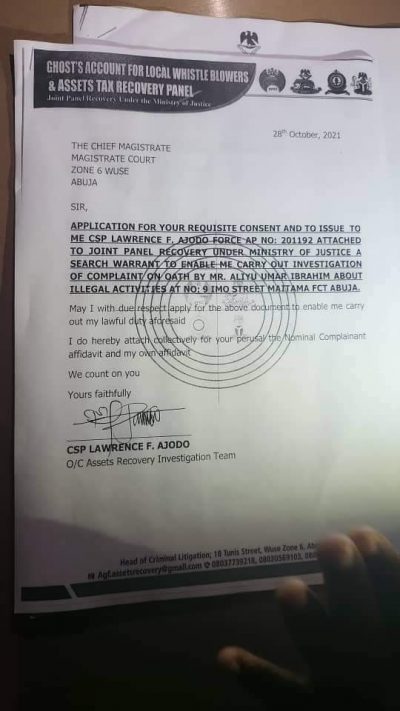 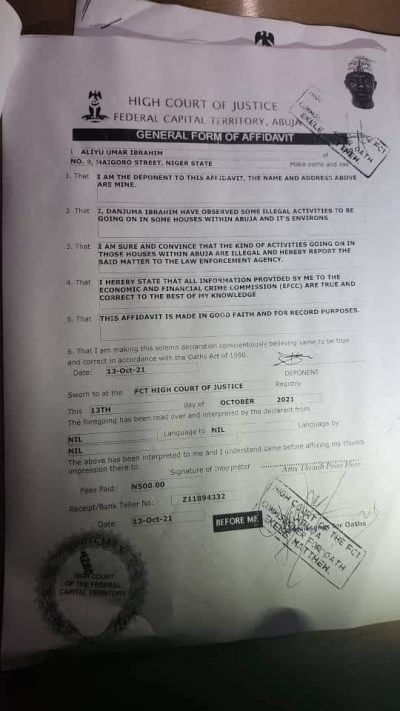