The judge held that the disciplinary panel that sat over the matter acted beyond its authority by diverting the original allegation of infraction of ‘gross misconduct’, which it investigated and made findings in its report, but recommended a lesser punishment under a different offence of ‘breach of laid down operational procedure’. 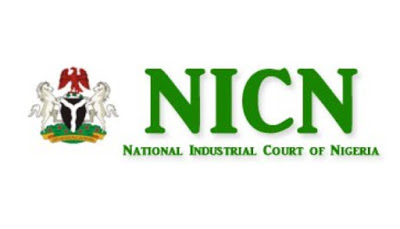 Justice Nelson Ogbuanya of the National Industrial Court (NIC) sitting in Lagos has dismissed the suit filed by a former lecturer at the Lagos State University (LASU), Dr. Scholastica Ebarefimia Udegbe, challenging her dismissal from the institution.

Udegbe, who was a lecturer in marketing, faculty of management sciences and a one-time acting head of the department, was dismissed by the Governing Council of the University in 2017, for gross misconduct, bordering on the alteration of students’ results.

Before her dismissal, the claimant, who was appointed in 2001 as lecturer 1 and promoted to Senior Lecturer in 2012, saw her promotion reversed in 2016 on grounds of alleged non-compliance with the advertised requirement.

Following the demotion, she sued the University in the suit marked NICN/LA/685/16, challenging the action.

While the case for her demotion was still in court, she was queried for allegedly altering results of students and subsequently faced a disciplinary panel, which indicted her and recommended that she should be suspended for three months without pay, as well as barred from holding any administrative post in the University for three years.

Angered by the dismissal, which she said, was not part of the recommendations of the disciplinary panel and did not follow due process, she approached the NIC, praying the court to declare that the purported dismissal was illegal, null and void.

She sued LASU as the 1st defendant, while the governing council was named the 2nd defendant in the suit filed and argued on her behalf by her counsel J. Kadiri.

Udegbe, in the suit, asked the court to declare that her appointment with the 1st defendant subsists, same having not been properly determined.

Apart from asking the court to declare that the dismissal was done in bad faith and with malice to render nugatory, the pending matter between the parties in suit number NICN/LA/685/16, the claimant prayed the court to make an order, mandating the defendants to reinstate her employment with all her salaries and entitlements from September 2017 when she was “dismissed unlawfully” till judgment is delivered with interest at 21 per cent yearly.

She also asked for the sum of N50 million as general damages for unlawful dismissal, which has resulted in psychological trauma, shock, mental agony, depression, embarrassment, inconveniences and financial impecuniosity, among others.

However, the defendants, through their counsel, Mr. Norrison Quakers (SAN), argued that the 2nd defendant, as the final authority of the 1st defendant’s University can take decision to dismiss the claimant as the appropriate disciplinary measure, having established the alleged infraction against the claimant, which is tantamount to gross misconduct and attracts punishment of dismissal.

He urged the court to dismiss the suit and uphold the claimant’s dismissal from the service of the 1st defendant’s University.

But in his considered decision on July 29, 2021, Justice Ogbuanya dismissed the suit and held that the dismissal was valid.

The judge held that the disciplinary panel that sat over the matter acted beyond its authority by diverting the original allegation of infraction of ‘gross misconduct’, which it investigated and made findings in its report, but recommended a lesser punishment under a different offence of ‘breach of laid down operational procedure’.

He said: “The said recommendation of suspension and administrative sanctions is perverse, and is hereby set aside. I so hold. On a final analysis, I have come to an irresistible view, that the 2nd defendant, (the Governing Council), acting as the final authority, rightly and validly took the decision to enter a dismissal as against suspension and other administrative sanctions recommended by the Joint Senate/Council Disciplinary (Academic) Committee in respect of the claimant’s infraction bordering on alteration of students’ results, which amounts to gross misconduct, punishable by dismissal, in line with extant law and condition of service guiding their employment relationship.

“The said dismissal of the claimant is hereby upheld. In this circumstance, I find no merit in this suit. Same is hereby dismissed in its entirety along with the reliefs thereto, since success of the reliefs sought depends on the favourable outcome of the legal issues underpinning the dispute. I so hold.”

“The Results/Certificates of the affected students should be re-called for re-computation and re-issue to reflect the correct Cumulative Grade Point Average (CGPA) and Class of Degree.

“Compliance shall be published in a National Newspaper within two months of this Judgment, and the defendants’ counsel shall file evidence of such compliance in the case file. I so hold and order. Judgment is entered accordingly and I make no order as to cost,” he held.