Conflicting Court Orders: 64 Days After, Probe Panels Yet To Sit Over Erring Judges 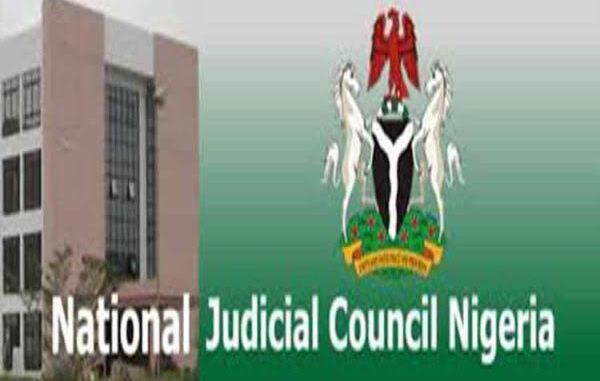 Exactly two months after the National Judicial Council (NJC) constituted a panel to probe the activities of some judges who were said to have given conflicting court orders, the panel is yet to begin sitting.

LEADERSHIP findings revealed that some of the affected judges are yet to fully brief their lawyers on the matter.

A source close to the NJC at the Supreme Court told this paper that the panel is expected to sit as a court where counsels are to represent the judges.

On September 16, the NJC under the chairmanship of the Chief Justice of Nigeria, Justice Tanko Muhmad, had set up an investigative panel to probe three High Court judges over the widely condemned conflicting court orders they issued in some political cases.

The NJC, by the Act establishing it, is empowered to appoint and discipline erring Nigerian judges.

Director of Information in the NJC, Soji Oye, had announced that the council headed by the CJN, set up separate panels to investigate the unnamed three judges at its 95th meeting held on September 15 and 16 this year.

He said, “In line with the principles of fair hearing”, the council “has directed the three judges of coordinate jurisdiction who granted ex parte orders over the case with the same subject matter to appear before a special Investigation Committee constituted by the council”.

The affected judges, according to the NJC statement, are to appear before the panels “to show cause why disciplinary action should not be taken against them for such an act.”

Meanwhile, the source who did not want his name in print said, ”The panels are expected to seat as a court where the affected judges too are expected to hire lawyers that will defend them in the matter.

Some senior lawyers who spoke with LEADERSHIP last night said the panel should expedite action and make their findings known in good time.

One of the lawyers, Abdul Balogun, called on the panel to ensure that no stone is left unturned in the probe.

“I expect a thorough and good job from the probe panel. There must be a total and thorough investigation into the matter. If the NJC did not take this step to deal with this matter, we may be gradually destroying the institution of the judiciary,” he said.

Barrister Bello Gafar, on his part, said however the panel should be given enough time to do a good job. He said the experience of the panel chairmen and members will come to play in their probe.

”The panel needs enough time to do a good job. Their experience will play a major role in deciding the matter one way or the other”, he stated.

Before the panels were set up,  the CJN had on September 6, grilled the Chief Judges of the six High Courts from where the controversial orders emanated.

The Chief Judges were those of Rivers, Kebbi, Cross River, Jigawa, Anambra, and Imo states, along with their Federal Capital Territory (FCT) counterpart.

Justice Muhammad, who had expressed displeasure over the development, threatened without mentioning names that three of the judges who issued the controversial orders would be made to face the law.

“We shall make an example with these three judges and never shall we condone such an act,” a statement by the NJC had quoted the CJN as saying during a joint meeting he had with the six affected six judges.

Some judges whose orders have featured in the Peoples Democratic Party (PDP) controversy up till early September are Okogbule Gbasam of the Rivers State High Court, Nusirat Umar of the Kebbi State High Court, and Eddem Koofrey of Cross River State.

Okogbule Gbasam of the Rivers State High Court in Port Harcourt, on August 24, 2021, had issued an interim injunction restraining Uche Secondus from parading himself as the national chairman of the PDP.