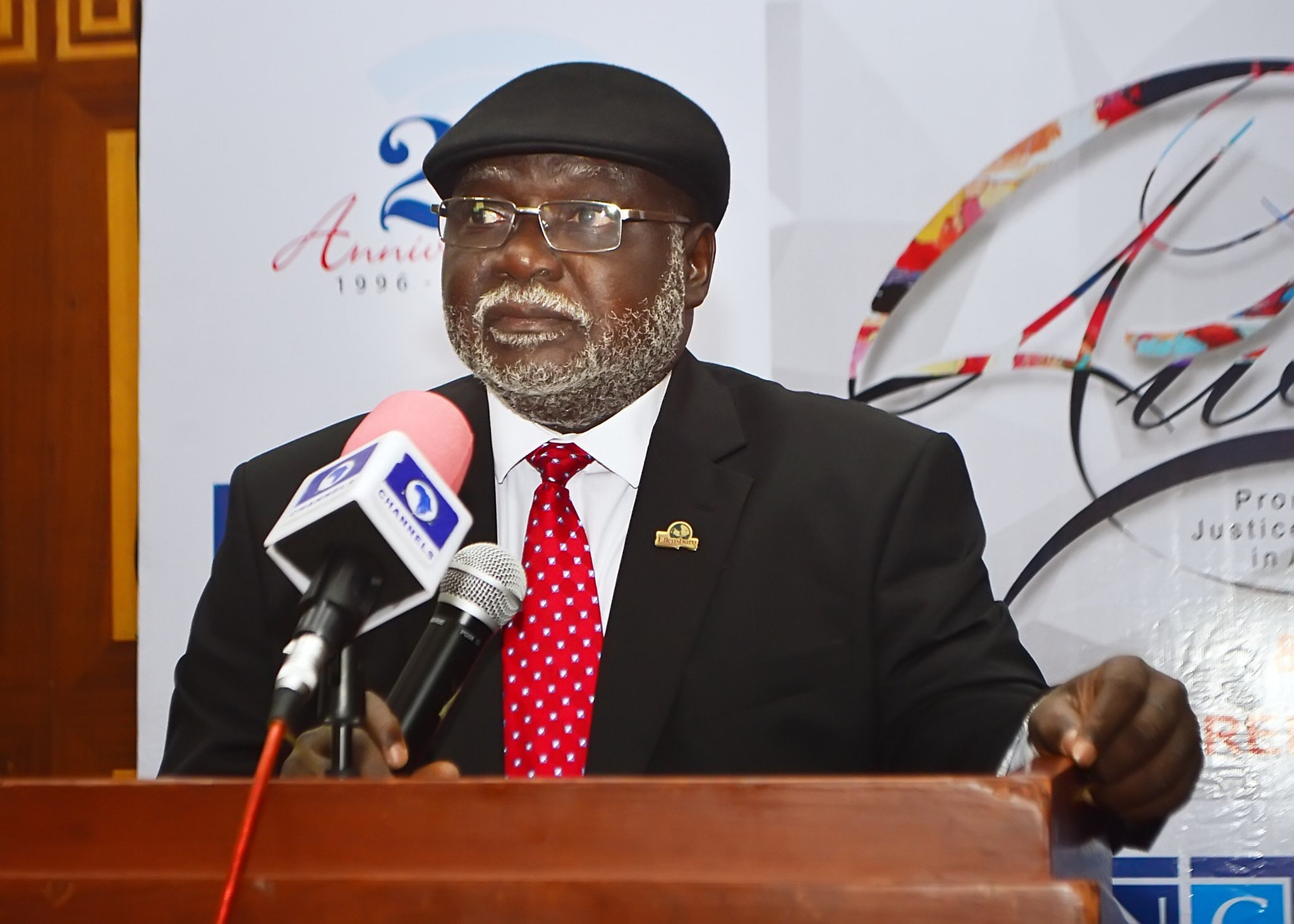 Ahead of next year’s general elections, the judiciary has once again come under the spotlight because of its critical role in determining the fate of political parties and their candidates.

On Saturday, October 30, 2022 the Chief Justice of Nigeria, Justice Olukayode Ariwoola, for the third time in the last three months, warned politicians to refrain from interfering with the operations of the judiciary. He said, “Let the politicians leave the Judiciary alone for us to function.”

The CJN stated this during a reception held in his honour by the Oyo State Government.

On Monday, November 7, Justice Ariwoola, warned the 277 judges appointed to adjudicate on disputes that will arise from the 2023 general elections against recklessness in their application of the law.

He also warned them against betraying the oaths they swore to and advised them to shun acts of malfeasance.

Justice Ariwoola spoke in Abuja during the swearing-in and training session for members of the tribunals who will determine the petitions that will arise from next year’s elections.

In addition, the CJN launched the first edition of the Judicial Electoral Manual, intended to guide the tribunals.

He said, “For being privileged to be found worthy to serve in these tribunals, Your Lordships are expected to conduct your affairs within the ambit of the law and the oath that has just been administered on you. Anything short of that will place you on a collision course with history; then, God will ask you questions you might not be confident enough to answer.

“I can confidently tell you that this is a weighty undertaking you have just signed before the Almighty God. I am saying this because, as the Chief Justice of Nigeria, I will not condone any act of recklessness, abuse of power and public trust.

“This is a rare privilege and Your Lordships must give a good account of yourselves. Your Lordships should count yourselves worthy to be so entrusted with this humongous responsibility of deciding the fate of those that would be contesting elections into various political offices in the country in 2023.”

In the same vein, the President of the Court of Appeal, Justice Monica Dongban-Mensem, who explained how members of the tribunals were chosen, urged them not to betray the trust that Nigerians reposed in them.

She said, “Let me once again reiterate that you are expected to resist all and any form of political pressure and influence as well as gratification that may come your way.

“You are to discharge your duties strictly and in accordance with the ethics and dictates of good conscience and the oath of your office.

“Frivolous and unnecessary adjournments are to be shunned and applications for same strictly considered. Your Lordships must not allow yourselves to be used as conduit pipes.”

On his part, the Chairman of the Body of Benchers, Wole Olanipekun, SAN, last Thursday, advised judges in the country to always decide cases according to the laws and facts, adding that their decision should not be influenced by the interest of those in power.

Olanipekun made the statement in Akure, Ondo State while delivering a lecture entitled ‘Judicial Responsiveness as a Staple Panacea for Social Malady’ in honour of the retiring Chief Judge of the state, Justice Williams Akinrotoye.

He said for the law profession to maintain its height, the executive must allow the judiciary to function without interference.

Olanipekun reiterated that there could never be a genuine separation of powers between the legislature, executive and judiciary if the judiciary was not truly independent.

He said “It is my view under the present dispensation, the judiciary appears more independent at the federal level than at the state level.

“This cannot be said unequivocally for most of the states in Nigeria for, as between some state governors qua chief executives and their chief judges, it is a similitude of master and servant relationship, where unconstitutionally and illegally, some governors believe that they can fire through their legislatures, their chief judges.

“It is also becoming the norm in a good number of our states that judges dare not give judgments against the interests of their governors or states, irrespective of the position of the facts and law.

“The governors also see themselves as the lords of the manor, emperors of a sort and demi-gods over their respective chief judges, and in the recent past, many governors have attempted to humiliate and disgrace their chief judges out of office, but for the timely intervention and restoration of sanity by the Supreme Court and the National Judicial Council.”

Olanipekun, however, expressed concern over the age discrimination in the retirement age of High Court judges, and their counterparts in the Appeal Court and Supreme Court, and queried that “but why is a judge of the High Court retiring at age 65 and not 70?”

“In our peculiar clime, abnormal things are often taken as the normal, while whims and caprices of the executives, be they at the federal or state levels often become the norm.

“These nuances creep into the legal profession and unfortunately, despite our claim to being learned, we do not do any research on how our equilibrium has been distorted or goal post changed midway,” he said.

Similarly, the former President of the Nigerian Bar Association, Mr Olumide Akpata, accused the politicians of the challenges facing Nigeria’s judiciary, saying that they had captured the sector as a means to acquire political power.

Akpata stated this while speaking at a panel session at the ongoing International Bar Association conference, holding in the US.

According to him, politicians have captured the judiciary in order to secure their grip on power. They see the judiciary as their route to political power.

He said they consolidate their hold on the sector by hijacking judicial officers’ appointment process, paying judges poorly and generally starving the judiciary of funds.

Akpata stated this in a video of the event published by The Nigeria Lawyer.

In the video, he said, “Judiciary capture is no longer as brazen as it was before but it is insidious, and in my jurisdiction what happens is that from the point of view of appointment, the process is opaque. So people who are not supposed to be on the Bench, get to the Bench.”

In his response to the CJN’s warning of political interference in the judiciary, Mr Jiti Ogunye, the Principal Counsel, Jiti Ogunye Chambers, said, it is not the politicians that the judiciary should look up to for conformity or compliance with morality.

He said, “The CJN, NJC and judiciary, in general, have a duty to ensure that the highest standards of judicial ethics are observed, enforced and maintained in the judiciary.

He added, “The (politicians’) morality is scanty so you are not going to admonish them or supplicate to them or plead with them or entreat them or enjoin them to be rational to leave the judiciary alone. No, that’s nothing but a helpless whimper is inefficacious. It is not going to touch the conscience of the politicians’ entreaties, such supplications, such pleas won’t work.”

Ogunye said the judiciary has a duty under the law to enforce standards to protect judges from being compromised and corrupted. And if there are such incidents, bring those people to justice and to book.

He said, “Judges for example should be the ones that are always eager to even lay bait. Bait would be corrupted and put them in a trap such that they can report them and ensure that they are dealt with so it is not the case.

“The judiciary is not the only one that makes this kind of funny entreaties, sometimes you hear Commissioner of Police declaring their states as states that have zero tolerance for armed robbery, and when they hear that armed robbers come to Lagos State they would say that they should leave Lagos and go to other states, that’s funny by asking them to go to those other states, and say this state, is under my watch. Its funny; does it mean that those states don’t enforce the law there?

“The most salient point is that policemen shouldn’t be apologising or appealing to armed robbers not to rob. They are there to enforce the law. So in the same vain, using that as an illustration, NBA, CJN, and Judicial officers appealing to politicians to leave judges alone, politicians will not leave Judges alone because they have converted the pedestal of the judiciary as a platform for political struggle and as a platform for the attainment of political power and they would do anything in their desperation to attain political power or retain political power.

“The way I deal with that admonition is that you are directing your court to the wrong part. Direct your focus on the judiciary, on yourself, on the Bar and Bench. Tell the lawyers not to put their professional work on the conveyor belts to bribe judges. Tell lawyers not to do that. And if they do, deal with them. Tell Judges to be above board and that anyone that is found wanting will be dealt with according to the law.

“Don’t appeal to any politician to leave the judges alone. Saying that suggests that you acknowledge that politicians perpetually are disturbing judges and that you are helpless in the circumstance. So you now appeal to them to allow you to do your job, no, let them bring their heads and smash it under the law, that’s the attitude,” he said.