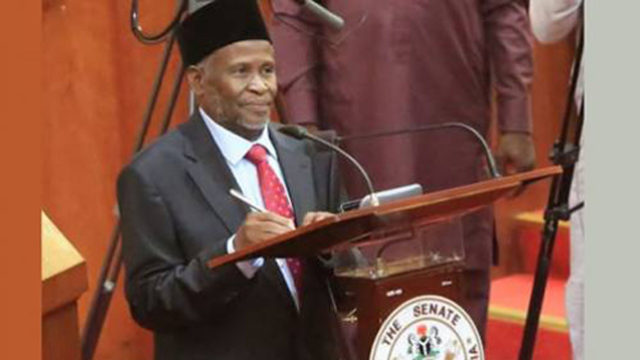 The Chief Justice of Nigeria (CJN), Tanko Muhammad, will deliver a ‘state-of-the nation’s judiciary’ address on Wednesday, December 8, a statement by the Supreme Court, stated on Sunday.

According to the statement signed by Director of Press and Information of the Supreme Court, Festus Akande, the CJN’s address will highlight the Supreme Court’s “performance and by extension, the Nigerian judiciary in the outgone 2020/2021 legal year”.

He highlighted other programmes to mark the new legal year to include the conferment of the rank of Senior Advocate of Nigeria (SAN) on 72 lawyers at the main courtroom of the Supreme Court.

It would be recalled the Legal Practitioners’ Privileges Committee (LPPC) had on October 21, announced the elevation of the Attorney-General and Commissioner for Justice of Ekiti State, Olawale Fapohunda, and the Executive Secretary of the National Human Rights Commission (NHRC), Tony Ojukwu, and 70 other lawyers for conferment of the SAN rank.

Hajo Bello, the acting Chief Registrar of the Supreme Court, who doubles as the secretary of the committee, made the announcement in a statement.

The SAN rank is awarded as a mark of “excellence to members of the legal profession have distinguished themselves as advocates and academics,” Ms Bello had explained in the statement.

The LPPC had earlier shortlisted 130 lawyers for the coveted title.

The LPPC, a body chaired by the Chief Justice of Nigeria (CJN) and established to give the prestigious rank to deserving lawyers annually, is domiciled at the Supreme Court.

“Expectedly, during the new legal year ceremony, the Chief Justice of Nigeria will deliver a state-of-the nation’s Judiciary address, which is ostensibly to highlight the performance of the Supreme Court; and by extension, the Nigerian Judiciary in the outgone 2020/2021 legal year,” the statement read in part.

Why SAN conferment was delayed

Mr Akande explained that “the prevailing third wave of COVID-19 and the protracted strike embarked upon by the Judiciary Staff Union of Nigeria (JUSUN) early in the year,… slowed down the work of the Legal Practitioners’ Privileges Committee” in conferring the SAN rank for 2021.

“All the programmes billed to mark the commencement of the new legal year are to start at 10:00am prompt,” the statement read.