CJN To Buhari: It’s Difficult To Be Impartial, Objective Without Autonomy 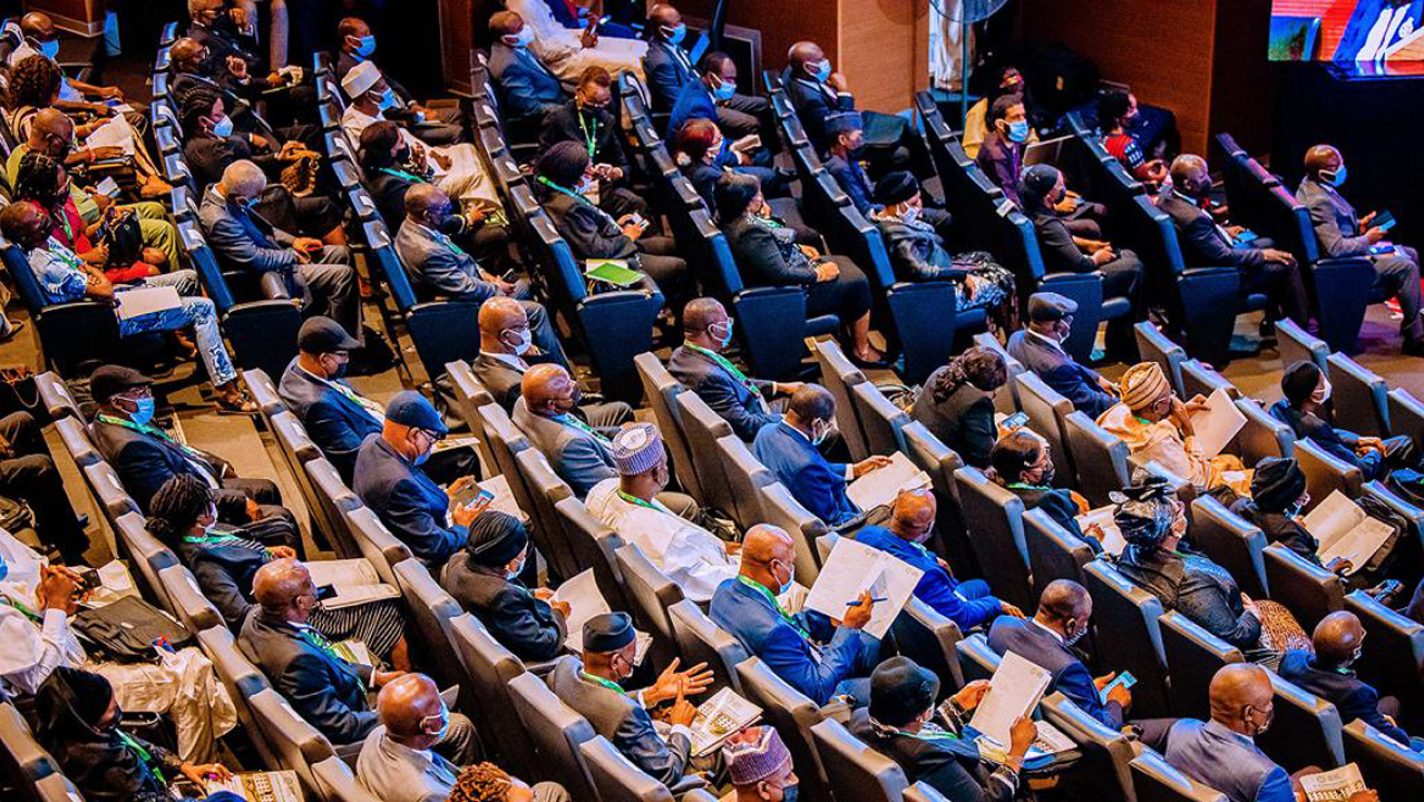 The Chief Justice of Nigeria (CJN), Justice Tanko Muhammad, has said that it is difficult for the judiciary to be impartial and objective in a democracy, where it remains financially tied to the executive. Muhammad made this known yesterday, at the 2021 biannual All Nigeria Judges Conference for courts of superior records, at the National Judicial Institute, Abuja.

He stressed the need for financial autonomy upon which the impartiality of the judiciary is anchored and to avert the repeat of the Judiciary Staff Union of Nigeria (JUSUN) strike that grounded the judiciary for months.

The conference offers judges a chance to collectively strategise and tackle the problems of court inefficiencies, poor infrastructure and condition of service, decay of intellectual capacity and corruption.

He said: “The theme of this year’s conference, ‘Promoting judicial excellence in the administration of justice’ was apt and germane, considering the pivotal role of the judiciary towards stabilising our democracy.

“Financial independence is not just desirable; it is crucial, vital, constitutional and imperative to allow judiciary effectively discharge its mandates.

“The importance of that role is evident in the provision of Section 6 of the 1999 Constitution, (as amended), which clothes the judiciary with its wide constitutional powers. It similarly thrusts on judges the responsibility to fairly, justly, judiciously and impartially exercise judicial powers.

“Without appearing to contradict me, I yield to the fact that it may be difficult for the judiciary to be impartial and objective in a democracy where it remains financially tied to the executive. It is trite that the foundation of impartiality is independence.”

While commending President Buhari for granting financial autonomy to the judiciary, the CJN said he was saddened by the fact that only a few states have implemented the agreement relating to the funding of state judiciaries.

“Majority of the Heads of Courts still go caps in hands to the governors to beg for what is constitutionally due to them. As such, I urge the governors to emulate the FG by ensuring that Section 121 (3) of the 1999 Constitution (as amended) is fully adhered to and implemented.

“I also counsel the governors to remember that the judiciary cannot be regarded as being independent unless it can adequately meet its needs without kowtowing to them for funds.”

Muhammad noted that among judiciaries in the Commonwealth, the Nigerian judiciary is the most burdened, harassed and overstretched with political cases and disputation, but he said this wouldn’t deter them from rising to the challenge and restoring public confidence in the judicial system by resisting the tendency to issue incessant ex-parte orders.

The number one judicial officer in the country called on judges to desist from giving incessant ex-parte orders so as not to project the judiciary in a bad light.

He further stressed that it is important to have an incorruptible judiciary, as it is the desire of the citizenry that justice must be done without delay at all times, and be seen to have been done.

The CJN added that judicial officers need to rise to the challenge and restore public confidence in the ability to dispense justice without fear or favour and in line with the knowledge and understanding of the law.

He categorically stated that Nigeria’s democracy would have been truncated if not for the timely intervention of the judiciary.

“I make bold to state further that but for the timely intervention of the Nigerian judiciary, our present democratic status would have probably collapsed and fallen like a pack of ill-arranged cards,” he stated.

The conference was declared open by President Muhammadu Buhari, who was represented by Vice President Yemi Osinbajo.

President Buhari reiterated the commitment of his administration to ensuring financial independence for the judiciary, stating that investment attracted by the country depends on the quality of its justice delivery.

He said Nigeria was part of the global marketplace for investment and legal services, which is largely dependent on the global perception of the nation’s justice system.

“The extent to which we can attract business to our country depends in part upon investor perception of the quality of our justice delivery system. If we are seen as inefficient and ineffective, we would lose out to more efficient systems.”

He also maintained that delay in the dispensation of justice, as well as the rising number of cases pending in various courts across the federation, have remained a subject of grave concern to his administration. He said there was a need for the judiciary to evolve strategies that would enhance the justice delivery system in the country.

Vice President Osinbajo, who read the President’s speech, said judges are revered and must be placed on the highest scale of probity, because of the position of responsibility they occupy in society.

Consequently, aside from urging the judiciary to weed out bad eggs within its fold that could undermine its integrity both locally and internationally, President Buhari said there was a need for courts to impose huge “deterrent costs” on lawyers that help litigants to unduly delay cases.

He said: “As my lords are aware, delay in the dispensation of justice, coupled with the increase in the number of cases in our courts, have remained subject of grave concern. As someone said, our problem is not access to justice, it is exiting the justice system. And I know that the delays are not necessarily the fault of the judges. Lawyers are often also responsible.

“Should we not then, as has been suggested by some, evolve a court award system that recognises the court as the final and extensive public resort, and as such, delays and other dilatory tactics are visited with deterrent costs.

“The other point that I think must be made, is that of judicial integrity. There is in my humble view, nothing as important as for judges to be trusted for honesty and integrity. Men and women who have powers over the lives and livelihood of others are not like the rest of us. We must place them on the highest scale of probity.

“I will like to urge that your lordships must not allow a few to undermine the respect and trust both local and international that our judiciary has built up in over a century of its existence.”

While commending various heads of courts for adopting innovative approaches that ensured that wheels of justice moved unhindered, despite challenges that were posed by the COVID-19 pandemic, President Buhari said the Federal Government would continue to partner with the judiciary to ensure its independence.