‘Charge And Bail’ For Cinemas October 15 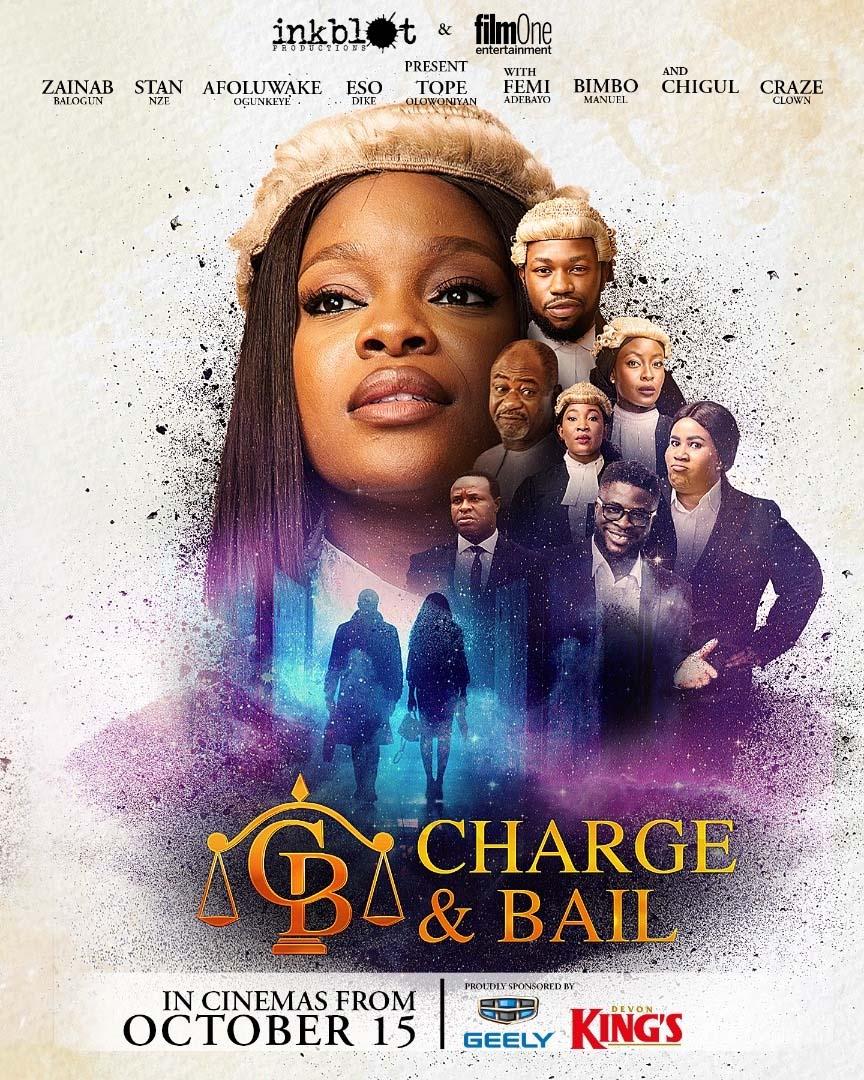 She has always wanted to be a lawyer, just like her dad. And work at his law firm. But NYSC had other plans. And she got posted somewhere else. Why didn’t she get posted to her prospective law firm? She asks. But unknown to her, there’s more to this than meets the eyes as the plot unfolds in the trailer for Uyoyou Adia’s upcoming movie ‘Charge and Bail’, which is set to hit cinemas October 15, 2021.

The comedy drama is about a rich young lawyer, Boma, (played by Zainab Balogun) who gets posted to a “charge and bail” law firm during her year of national service. Trouble ensues as she struggles to fit in with the people, the courts, and life. ‘Charge and Bail’ is a fun adventure about the clash between the haves and the have-nots and having to deal with your place in an environment that is strange to you.

It also stars Folu Storms, Tope Olowoniyan, Eso Dike, Craze Clown and Chigul. These talented actors are joined by veterans Bimbo Manuel and Chris Iheuwa as well as a galaxy of Nollywood stars such as Pere Egbi of the Big Brother Naija fame, who made the set before the ongoing television reality show. The movie marks Inkblot Productions’ seventh collaboration with Film One Entertainment, making it the seventh film produced by the duo.

Focused on bringing great Nigerian stories to its audiences and are working with amazing visionary storytellers to do so, Charge and Bail which is the first film from Inkblot Productions this year, was written by the co-founder of Inkblot, Chinaza Onuzo, and directed by fast-rising filmmaker, Uyoyou Adia who already has a couple of blockbusters to her credit.

Speaking on the film, co-founders of Inkblot Productions – Chinaza Onuzo, Zulumoke Oyibo and Damola Ademola said, “Inkblot is focused on bringing great Nigerian stories to our audiences and are working with amazing visionary storytellers to do so. It is our good fortune to be working with Uyoyou Adia.”

On her part, Adia promised cinema-goers an exciting experience noting that it is a story that resonated deeply with her and will resonate with the Nigerian audience.