Human rights campaigners have hailed a “historic” decision by Sierra Leone’s Parliament to unanimously vote to abolish the death penalty, more than 20 years after the West African country carried out its last execution. 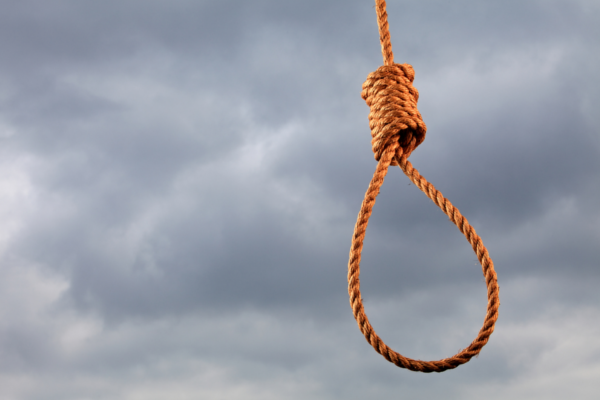 Human rights campaigners have hailed a “historic” decision by Sierra Leone’s Parliament to unanimously vote to abolish the death penalty, more than 20 years after the West African country carried out its last execution.

“The road ahead is still long and difficult. Yet as a nation we can now be proud to know that the death penalty is no longer in our books,” said Basita Michael, founder of Institute for Legal Research and Advocacy for Justice (ILRAJ) and former president of the Sierra Leone Bar Association.

“We applaud the president, the attorney general, parliament and civil society for this historic legislative accomplishment and we look forward to collaborating together for further reforms that affirm our nation’s desire for peace, unity, justice and prosperity.”

Capital punishment will be replaced with life imprisonment or a minimum 30-year jail term. The bill also gives judges additional discretion when issuing sentences, which opponents of capital punishment say is particularly important in cases where the person convicted is a victim of sexual violence.

“This will allow judges to have judicial discretion to take into account all the circumstances of a case, such as a history of gender-based violence or mental illness, and hopefully prevent the injustices that have happened in the past,” said Sabrina Mahtani, co-founder of AdvocAid, an organisation that has freed six women and three men on death row.

Noting that “civil society groups have fought for years for this cruel punishment to be abolished”, Mahtani said the vote meant that Sierra Leone would become the first country in Anglophone West Africa to scrap the death penalty.

During the lively debate in the 146-seat legislature on Friday, Mathew Nyumah, the parliamentary leader of the governing Sierra Leone People’s Party, urged MPs to vote for abolition.

“Please understand this is something we are sacrificing to meet international best practice,” he said.

For his part, Bio thanked citizens, MPs and rights groups in a statement on social media after the vote, saying they had “steadfastly stood with us to make history”.

Saul Lehrfreund, co-executive director of the Death Penalty Project, said: “We are delighted that Sierra Leone has taken this historic step to reject capital punishment and hope other governments around the world with swiftly follow suit.”

Sierra Leone has observed a moratorium on executions since 1998, but prisoners sentenced to death still live separately from other inmates, which activists say is dehumanising.

The last time the death penalty was carried out in the country was in 1998, when 23 soldiers were executed by firing squad at the height of the 11-year civil war. But death sentences have continued to be issued.

As of June 2021, 99 people were on death row for crimes ranging from aggravated robbery to murder, despite pledges from the last three administrations to abolish capital punishment.

“One of the things we have to clarify in the fine print is how this will be interpreted for those currently on death row,” said Rhiannon Davis, of Advocaid

Sierra Leone is one of several African countries moving to end capital punishment. Malawi’s Supreme Court ruled it unconstitutional in April, and Chad ended executions for those charged with “terrorism” last year.

According to Amnesty International, 108 countries had completely abolished the death penalty by the end of 2020, while 144 had abolished it in law or in practice.