President Muhammadu Buhari has assured the British Prime Minister Boris Johnson that he won’t interfere with the judicial trial of terrorism suspects in Nigeria. 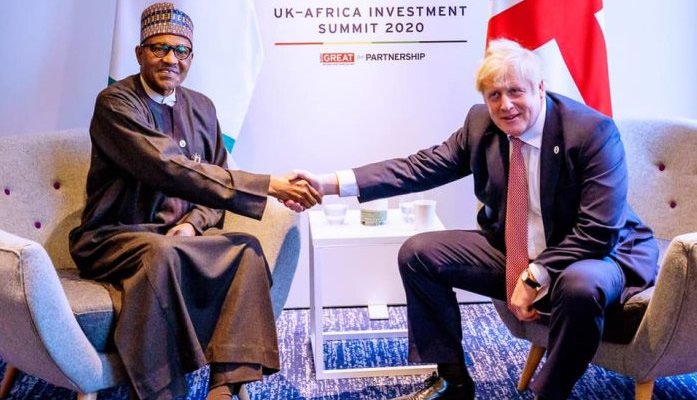 President Muhammadu Buhari has assured the British Prime Minister Boris Johnson that he won’t interfere with the judicial trial of terrorism suspects in Nigeria.

This is just as Britain pledges to assist Nigeria to tackle security problems facing all the regions that make up the country.

Media Adviser to the President, Femi Adesina in a release disclosed that President Buhari
and PM Johnson Thursday appraised the war against different forms of terrorism in Nigeria, and agreed that the judicial process be allowed to run its course.

Holding bilateral talks at the sidelines of the Global Education Summit in London, the two leaders said it was important that the judicial process runs without interference, no matter who was involved.

President Buhari briefed the Prime Minister on Nigeria’s power needs and efforts being made, as well as initiatives geared at achieving food security.

He also reviewed the security situation in the different regions of the country, while PM Johnson pledged Britain’s preparedness to lend a helping hand.
“We are available to help,” Johnson said.

The two leaders equally discussed how to increase trade between the two countries, develop solar and wind power, leadership of the Commonwealth going forward and other matters of mutual interest.