Bright Chimezie Celebrates As Son Is Called To Nigerian Bar 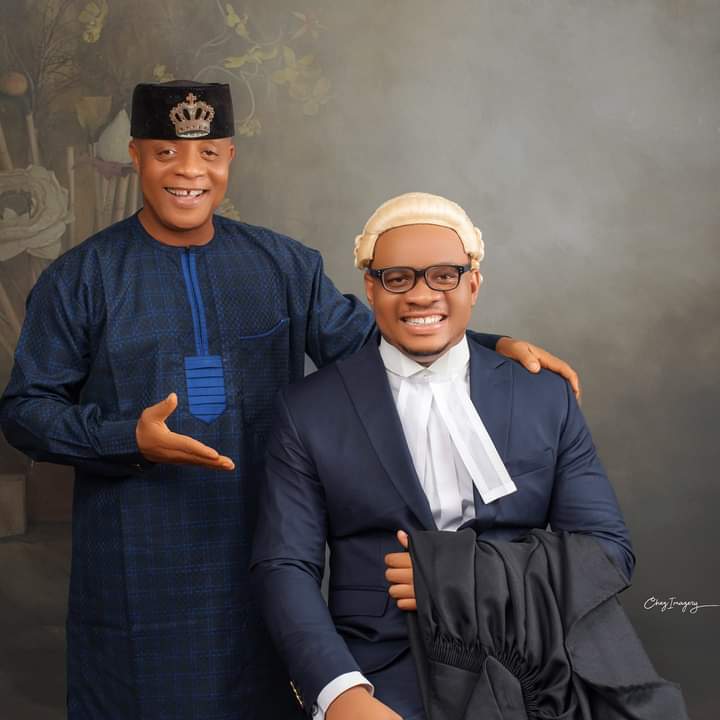 Highlife legend, Bright Chimezie has celebrated his son, Chukwudi on his graduation from the Nigerian Law School.

The proud father and Duke Of African Music took to social media to announce the big news, where he shared a photo of himself and his son after he was sworn in as a barrister and solicitor of the Supreme Court of Nigeria.

In a post he shared on his Instagram page, Chimezie wrote: “Today I celebrate my son, confidant, friend and Legal adviser, Barrister Chukwudi B. Chimezie Esq. LLB as he is being sworn in as a Barrister and Solicitor of the Supreme Court of Nigeria on the 29th of July, 2021.

The veteran singer was born on October 1, 1960, and hails from Abia State. His music style became known as Zigima Sound — a genre which became popular in the Eastern part of Nigeria in the early 1980s.