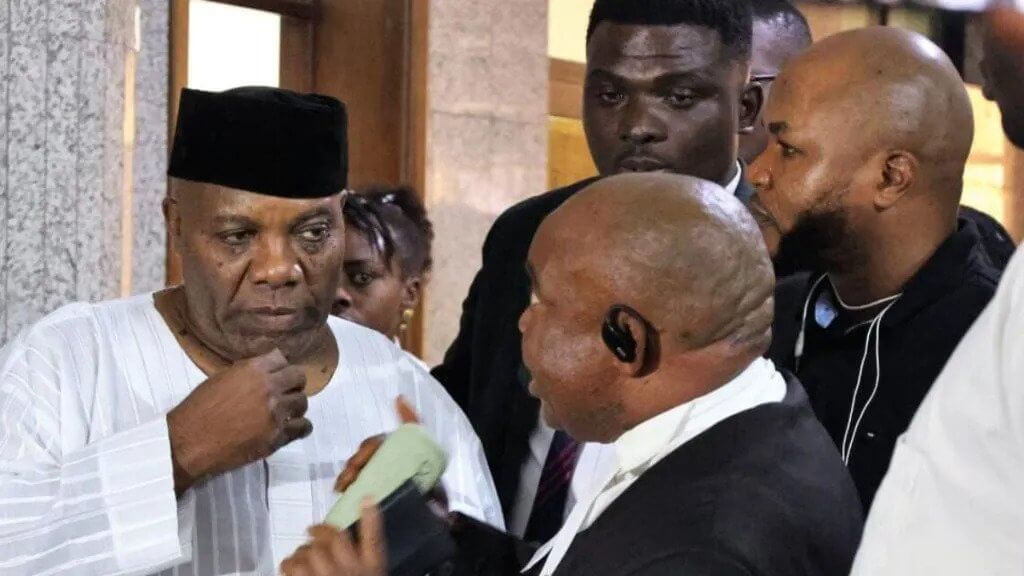 Former Director-General of Peter Obi’s Labour (LP), Doyin Okupe has been arrested by the operatives of the Department of State Service (DSS).

One of the lawyers, of Doyin Okupe, Tolu Babaleye disclosed that he was arrested at the Murtala Muhammed International Airport, Lagos on Thursday.

According to his lawyer, Tolu Babaleye, Doyin Okupe was arrested by the Department of State Service while on his way to London for medical treatment.

According to a statement released by Lawyer Tolu Babaleye, the politician was asked to provide evidence that shows that the Federal High Court Abuja freed him from all charges regarding the money laundering case for which he was recently convicted and given the option of a fine.

He wrote: “The information reaching me now is that Dr. Doyin Okupe has been arrested at Lagos Airport by the DSS on his way to London.

“The reason according to the source is that he was asked to produce evidence that the Federal High Court Abuja has freed him from the case in which he was convicted and paid a fine to the knowledge of the whole world and was allowed to go home.

“When will this harassment stop? Who is after Dr. Doyin Okupe? As of today, the man has no case to answer anywhere, I hereby demand that the DSS release my Client immediately as it is a violation of his freedom of movement, right to liberty, and dignity as a human person.

“This is unfair as the man’s health is fast failing!”