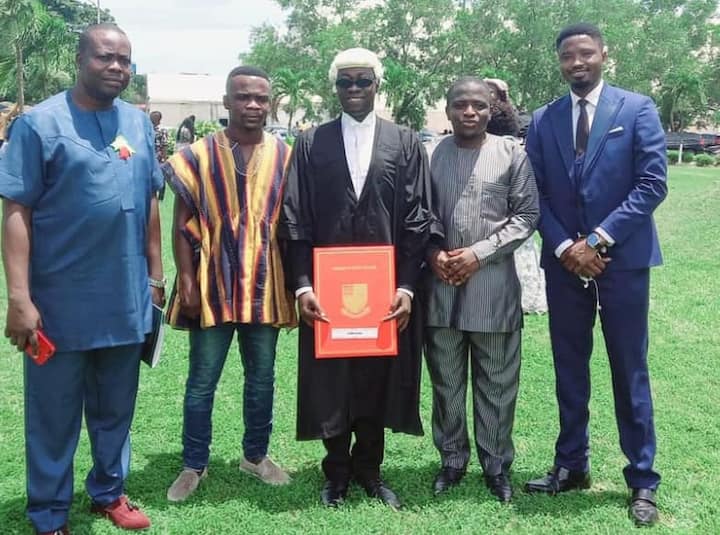 Odame Jones mirrors resilience and determination, overcoming extraordinary circumstances to emerge a lawyer after recently being called to the Bar in Ghana.
Born with functioning eyes, Jones lost his sight in 2005 but refused to let the predicament impair his vision and obstruct him from attaining his goals.

On October 1, 2021, he joined other colleagues who proudly adorned robes at a ceremony during their call to the bar.

In a Facebook post by Jean Kwesi Agbadza, his story of resilience amid daunting challenges has been told.

“But his bizarre and unfortunate condition didn’t impair his vision and obstructed him, enrolling at the Akropong School for the Blind and learned how to use the braille within a short period,” he said.

With that qualification, he gained admission into the University of Ghana to pursue a programme in 2007, graduating with a first-class degree in Sociology and Political Science.

Jones later pursued law at the Ghana School of Law, and after almost seven years of legal education, he has emerged as a lawyer.