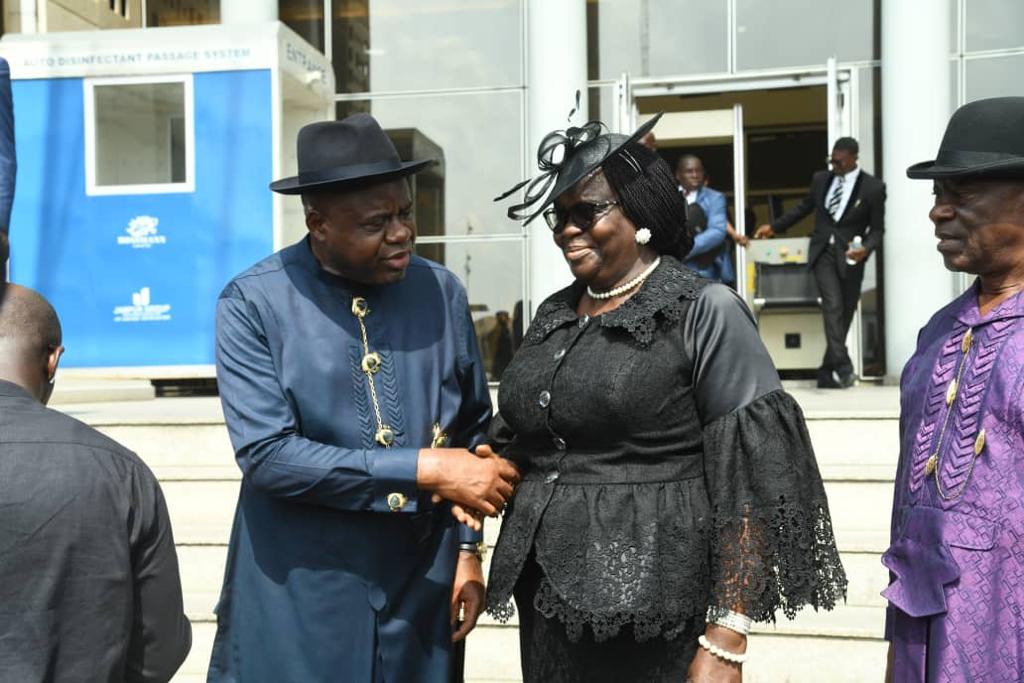 The state governor, Senator Douye Diri, on Monday swore in Justice Ayemieye in an acting capacity pending her confirmation by the Nigerian Judicial Council.

Governor Diri charged her to maintain the existing cordial relationship between the executive and judicial arms of government in the state.

He said Ayemieye was eminently qualified for the position and tasked her to carry her colleagues along in the scheme of things in order to move the state judiciary to greater heights.

The governor also used the opportunity to call on other members of the judiciary to support her in order for her to succeed.

“Having gone through your CV, you have the pedigree to lead the judiciary. So, I wish you well and urge you to carry your colleagues along without discrimination. I pray that going forward you will move the state judiciary to greater heights.”