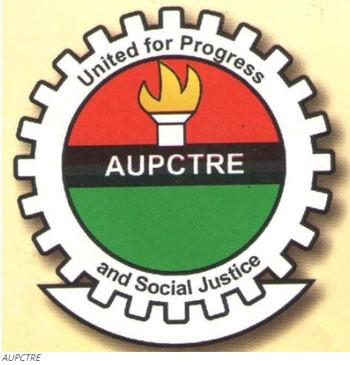 The Amalgamated Union of Public Corporation Civil Service, Technical and Recreational Employees (AUPCTRE), an affiliate of the Nigeria Labour Congress, NLC, has petitioned President Muhammadu Buhari over what it described as a recent unholy partnership between Corporate Affairs Commission (CAC) and Code of Conduct Bureau (CCB)

The petition, dated September 9, was signed by the General Secretary of the union, Comrade Waheed Sikiru

In the petition, the union accused Registrar General of CAC Alhaji Garba Abubakar of maladministration, reckless abuse of power, corruption, incompetence and lack of integrity among others in the commission

AUPCTRE expressed concern on the significant and strategic importance of CAC to the Nigeria Economy, stressing that President Buhari’s administration has done a lot to provide the enabling environment for Ease of Doing Business.

It claimed that the Registrar General allegedly refused to key into the vision of the Buhari’s administration since assumption of duty.

Sikiru further said that due to the alleged maladministration in CAC the union petitioned the CCB with substantial evidence against the Registrar General which he said was acknowledged and the union was invited to defend its position.

According to him, the union honoured the invitation and defended the allegation, hoping that justice will be done “but this has not been addressed till date.”

He said the union was shocked beyond imagination watching the same CCB in what he described as an “unholy partnership” with CAC on issues of fighting corruption in the country even though series of corruption allegations are hanging on the neck of Registrar General of CAC which was not addressed by the CCB.

The union also claimed that Alhaji Abubakar has continued to disregard the ethos and tenets of the Constitution of the Federal Republic of Nigeria, other laws and international conventions

AUPCTRE prayed for President Buhari’s intervention to save the soul of CAC, employees and the nation, and also appealed for an investigation into the partnership between CCB and CAC

There was a report that the House of Representatives last month accused Abubakar-led CAC management of unnecessary spending and denying the government the revenue.

The House Committee on Finance has threatened to shut down CAC for having a higher expenditure than it generated revenue between 2016 to 2021.

The panel also asked the Budget Office to suspend the budgetary approval for the commission until the commission presents reports of all expenditures.

At the interactive session on the 2022-2024 Medium-Term Expenditure Framework (MTEF) organised by the committee, James Faleke, chairman of the panel, questioned Abubakar, on its operational expenditure.

NEWER POST20 Years Since September 11 Terror: Lessons For US And Africa
OLDER POSTPakistan May Have its First Woman Supreme Court Justice