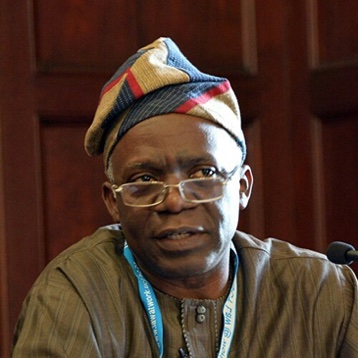 Senior Advocate of Nigeria, Femi Falana, says the Nigerian Bar Association (NBA) must take decisive action to ensure that attacks on Judges by lawless political figures in the country become a thing of the past.

Falana, who was reacting to the latest attack on Justice Mary Odili by yet to be identified security operatives, said on Monday that the situation may degenerate further if it continues to be treated with kid gloves.

Unknown security officials had on Friday besieged the Abuja residence of the Supreme Court Justice, brandishing a search warrant that was found to contain irregularities.

Reacting to the development, Falana urged the NBA to ensure that the members of the legal profession who took part in the execution of the illegal search warrant are reported to the Legal Practitioners Disciplinary Committee.

“Otherwise, such attacks will continue to be unleashed on judges, from time to time, by the sworn enemies of the Rule of Law in the corridors of power,” Falana buttressed.

Speaking further on the matter, Falana noted that this is not the first time the Justice has been assaulted, stressing that the laxity with which the earlier incidence was treated is the reason a repeat performance has been staged.

“On February 21, 2020, a gang of armed thugs invaded the residence of Justice Mary Peter-Odili at Abuja and subjected her to unwarranted intimidation.

“The protesters claimed that they were dissatisfied with her judgment in an appeal that was decided by a full panel of 7 Justices of the Supreme Court of Nigeria.

“At the material time, both the All Progressive Congress and the People’s Democratic Party pointed accusing fingers at each other. But the police and other security agencies ignored the calls for the investigation and prosecution of the criminal suspects who invaded the residence of the Justice.

“Since the armed thugs were treated like sacred cows last year, the Honourable Justice Mary Peter-Odili was subjected to further intimidation in the same house by a combined team of police and military personnel last Friday while executing a search warrant in respect of another property.

“The Magistrate who issued the warrant of arrest has turned round to revoke it on the ground that he was misled by the office of the Attorney-General of the Federation.

“Although the Economic and Financial Crimes Commission and the State Security Service have denied involvement in the intimidation of the Senior Judge, the Nigerian Army, and the Nigeria Police Force have not denied the presence of their personnel in the house.

“However, the Attorney-General of the Federation, Mr. Abubakar Malami SAN has not only denied involvement in the intimidation of Justice Peter-Odili, he has also directed the Police to investigate the circumstances surrounding the invasion,” Falana relayed.

He, however, advised that without prejudice to the official investigation into the issue, NBA must ensure that all legal practitioners who played a role in the assault on Justice Odili, are made to answer for their contribution to the intimidation of the judge.