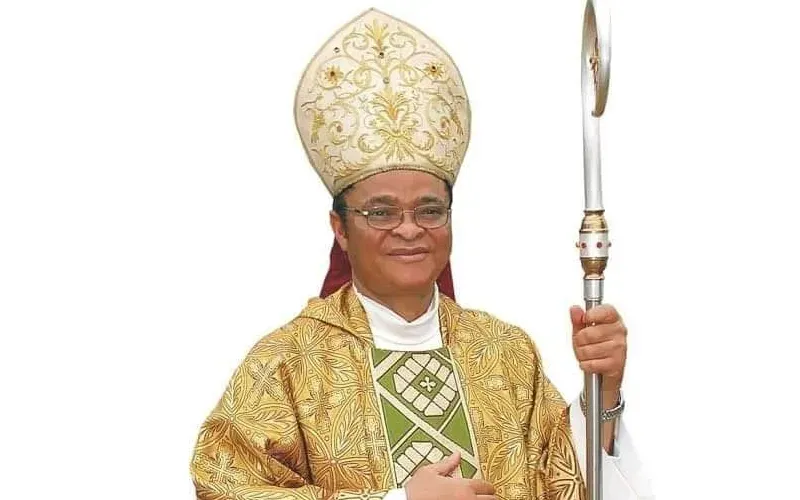 The Catholic Archbishop of Owerri Archdiocese in Nigeria is calling upon the country’s executive arm of government to consider appointing qualified judges in view of strengthening the country’s judiciary.

Speaking during Holy Mass to mark the official opening of the New Legal Year of Imo State Judiciary, Archbishop Lucius Iwejuru Ugorji said he found it regrettable that the appointment of judges is sometimes not based on qualification.

“For the Judiciary to be independent and strong, the appointment of judges by the executive arm of government must always be based on the qualification, competence, integrity, and ability of candidates,” Archbishop Ugorji has been quoted as saying in a Monday, December 19 report published by the Nigeria Catholic Network (NCN).

He is further quoted as saying that it is “a scourge for a nation or state to have unqualified, incompetent or corrupt judges.”

During the event held December 16 at the Maria Assumpta Cathedral of his Metropolitan See, the Catholic Archbishop acknowledged that Nigeria is blessed with “a dazzling array of erudite, experienced, and competent judges of unassailable integrity.”

He, however, said he found it regrettable that the appointment of such competent judicial officers is often “sacrificed on the altars of nepotism, religious or political affiliation,” thereby staining their reputation.

Archbishop Ugorji said that once the reputation of competent judges is destroyed, the entire judiciary suffers.

The Local Ordinary of Owerri Archdiocese who doubles as the President of the Catholic Bishops Conference of Nigeria (CBCN) highlighted the role of the judiciary in a “civilized society”, saying that it is the “last hope of the common man in his quest for justice, equity, and fairness.”

Being the last hope of the common man, he went on to say, there is need to “ensure that the judiciary carries out its duties effectively in line with the constitution of the Federal Republic of Nigeria Section 17 (1) (e)[1] which provides for the independence, impartiality, and integrity of courts of law.”

He said that Nigeria needs courageous judges who can overcome inducement, pressure, and threats, adding that the presence of such judges “constitute the pride of the judiciary and a blessing to our nation.”

He went on to speak about prolonged cases that delay justice to the victims, which he said happen on occasions “when cases are dispatched expeditiously when suspects are not detained indefinitely in prison without trial; and when justice is not unduly delayed.”

In his homily during the December 16 event, the president of CBCN urged lawyers “to maintain the highest standards of honesty and integrity” in their professional roles.

“Lawyers should never mislead the court nor be unfair to the members of the public. It is highly desirable that lawyers act diligently and promptly and should not accept cases they cannot carry out competently and with dispatch,” he said.

The Catholic Church leader continued, “The principle of fairness is to govern the charging of legal and transportation fees to enable the poor to have access to justice.”

Archbishop Ugorji cautioned lawyers against the tendency of “always pleading for adjournment of cases”, saying that such actions are equivalent to a lack of diligence or inability to adequately prepare for case files.

Likewise, he went on to say, “a lawyer who purports to defend a client in a case, where he has a conflict of interest, does not show fairness.”