Justice Domgbem-Mensen who led a panel of five justices in the matter held that the appeal of the two appellants was brought in bad faith as it constituted a dangerous invitation to the court to set a bad precedent. 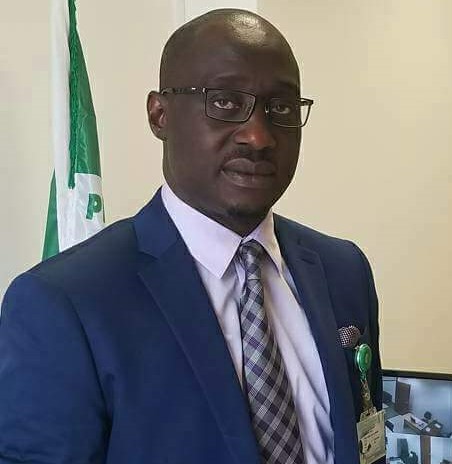 The Court of Appeal in Abuja on Saturday awarded a cost of N2 million against the All Progressive Congress (APC) and its candidate in the December 2020 Cross Rivers North Senatorial District bye-election, Chief Joe Agi (SAN) for abuse of court in their application which sought the court order to set aside its earlier judgment.

The money is to be paid to the opposition party, Peoples Democratic Party (PDP) and its candidate in the by-election, Mr Agom Jarigbe.

The appellate court imposed the fine on the APC and its candidate, Agi for filing what the court considered as a frivolous application.

APC and Agi in their joint application had asked the court to review and set aside a judgment delivered by the Calabar division of the court on the ground that the judgment delivered on July 30 in Calabar violated section 285 of the 1999 constitution, having been done without jurisdiction.

They claimed among others that Jarigbe who was returned as winner of the bye-election did not participate in all the stages of the election as required by law and asked the court to set aside the judgment on account of being a nullity.

However, in a ruling on the application, the President of the Court, Justice Monica Domgbem-Mensen dismissed it for being frivolous and lacking in merit.

Justice Domgbem-Mensen who led a panel of five justices in the matter held that the appeal of the two appellants was brought in bad faith as it constituted a dangerous invitation to the court to set a bad precedent.

Citing section 246 of the 1999 constitution, the Court of Appeal held that its judgment once delivered diligently cannot be set aside except where such judgment is fundamentally defective.

In the instant application, the Court of Appeal President held that both APC and Agi failed to show fundamental defectiveness in the judgment they challenged.

She further held that the two applicants did not show the court any aspects of the law that empowered the appellate court to review its own judgment and set it aside other than where clerical typographical errors are discovered.

The court, therefore, held that the application was a gross abuse of court process, malicious and brought in bad faith to overreach the court.

“In totality, the application by the appellants is worthy of nothing but dismissal and I hereby dismiss It for want of merit”, she said and upheld the July 30, 2021 judgment that recognized Jarigbe as the Senator for Cross Rivers North Senatorial district.

A separate application filed by ousted Senator Stephen Odey of the PDP was also dismissed on the same ground that the court has no known law to set aside its own judgment.

The Appeal Court President ordered Odey to pay one million naira each to Joe Agi, APC and Jarigbe who are the 1st, 2nd, and 3rd respondents respectively in the application.

NEWER POST[INTERVIEW] “Poverty Is Not An Excuse….”- ‘Mai-ruwa’ Who Is Now A Lawyer
OLDER POSTEmir Of Gwandu Confers Traditional Title On Activist Lawyer