Appeal Court Bench: Will Lawyers Who Applied Be Dropped Again? 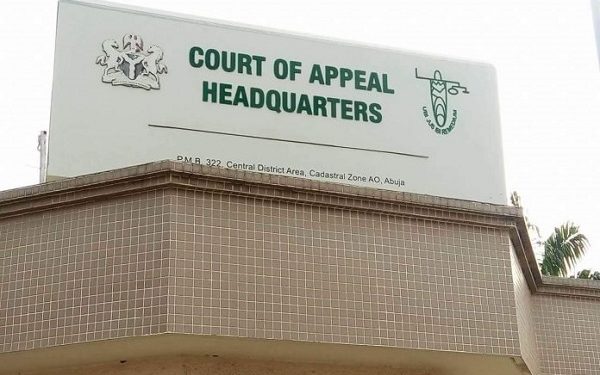 On October 1, 2022, the President of the Nigerian Bar Association, Yakubu  Maikyau, SAN, asked lawyers who have an interest in going to the bench to fill up the vacant positions of the additional 16 Justices of the Court of Appeal to tender their applications.

On receiving the letter on September 30, Maikyau swung into action and immediately sent out a notice to his members informing them of the 16 vacant seats at the Appeal Court and also encouraging lawyers who have an interest in going to the bench to apply.

According to the notice by the National Publicity Secretary, Lawal  Akorde, the slots are available for North East, South-South, South East, North Central, and North West geopolitical zones.

Qualified members of the NBA were urged to submit their applications on or before October 5, 2022.

Former NBA President Olumide Akpata had made a similar call on senior lawyers to apply to the Supreme Court and Court of Appeal but the National Judicial Council refused to approve the appointment of the senior lawyers.

In his reaction to the development, Mr Yomi Alliyu, SAN, a former executive chairman of Osun State Local government service commission said the Bar should demand its right.

According to him, in the 16th to 17th centuries, judges in Great Britain appointed their likes to their bench to the extent that corruption became perpetuated until some Lord Chancellors were hanged for it.

“Until the appointment of judges, including appellate ones is removed totally from serving judges, they will be appointing their likes to the bench.

“An appellate justice that rose from magistracy to High Court will appoint somebody with a similar CV. So, also those appointed from the High Court to the Court of Appeal will certainly see it as a promotional appointment meant for their likes.

“If I were to be the President, I will not waste my time asking my colleagues to send their CVs until I have a concrete undertaking from the appointing authority of the slot reserved for the Bar.

“The charade today is just to give an air of an all-embracing appointment procedure for something meant for their likes,” Alliyu said.

On his part, Babatunde Awe of the law firm of Practice Lead, Litigation Associates & Law Consultants Nigeria, while welcoming the idea, said guidelines for appointment to the Court of Appeal as a judge should be made much clearer.

He said the call for legal practitioners to send in their applications for consideration for appointment to the Court of Appeal is a very welcome development.

Awe stated that for a very long time, the process has neglected the very best soil from which such important fruits as Justices of the Court of Appeal are grown. So far, the process has continued to be tainted with ethnic, religious and political influences consequently robbing the nation of the best quality.

“There is no law that supports the hitherto practice that appointment to the Court of Appeal must be from amongst serving judges.

“Legal practitioners know themselves and are well acquainted with those who are honest, diligent and committed to justice as against the lazy, entitled and ultimately corruptible ones.

“This would remove the misnomer of restricting appointments to only serving high court judges as well as unveil the uncertainty that the process has been subjected to since the requirement is merely a blanket 12 years post qualification and good character.

“Such a fundamental factor in our justice delivery system is too important to be left to the conjecture and whims of politicians and other power brokers,” he said.

He stated that, however, conventionally, judges have been appointed more or less like an elevation from the high courts, from the Federal High Courts, and perhaps the National Industrial Court to the court of Appeal. So lawyers who are in practice feel, not that it is not correct but that it’s not exactly favourable to them.

“They are looking for a dispensation where lawyers can be appointed directly from amongst those practising at the Bar,” he said.

“I am not saying that there are judges who are not having integrity issues but I’m saying that if you must aspire to the bench, one thing that we must clear is that we must work on integrity issues. Once we do that, the respect that we get from the bench, from the NJC, from the appointers of judges and of course from the larger society will be much so that the aspiration and agitations that lawyers should be appointed to the bench of the court of Appeal, will not be left for the NBA and practising lawyers alone. People will fight our cause if we demonstrate that we can be trusted with those offices.

“I will not entirely throw away the idea of appointing a justice of the Court of Appeal from the federal high court or the high court, rather I will say only lawyers who have demonstrated capacity and integrity should be appointed and this can easily be achieved if the NBA strengthens the capacity of lawyers and work seriously on the integrity and discipline of lawyers who have fallen below the ethics of the profession. That is what we should focus on. If we focus on this and we can portray credibility, integrity, and honesty required of that office, it will be easy for us.”

Also, John Uthman said the NBA should improve the standard of practice of its members, promote and improve the efficiency of mandatory continuing legal education of its members; Ensure that the process of selection and appointment to the bench is fair and free, ensure that reform of Nigeria’s laws is advanced, as well as strengthen its access to the institutions of justice.