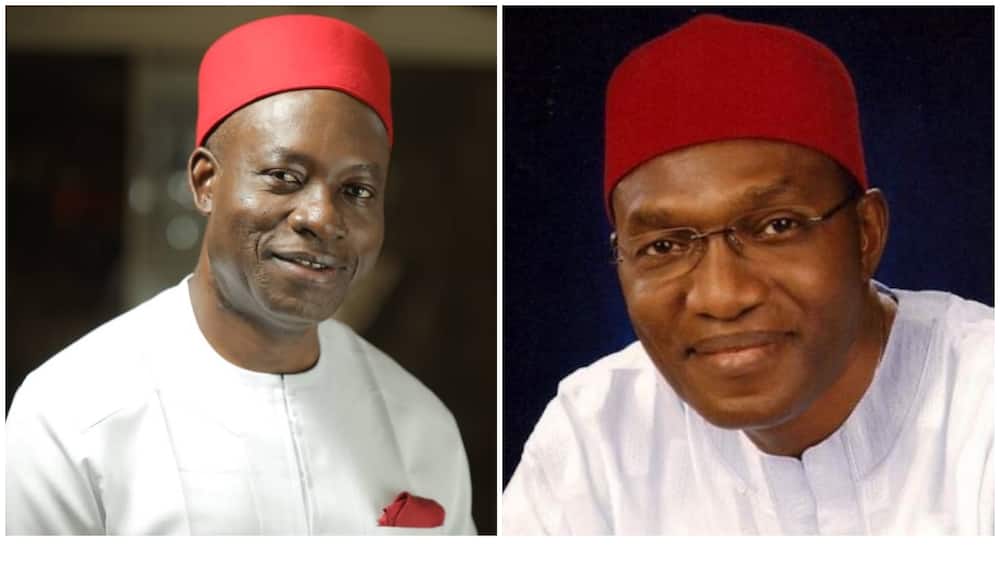 The All Progressives Grand Alliance (APGA) says it has begun recruiting lawyers to defend the victory of its candidate, Prof. Chukwuma Soludo from being stolen.

Sofa said the move was to defend its mandate from the candidate of the All Progressives Congress (APC), Senator Andy Uba, who has promised to contest the result of the just concluded election in court.

Former National Chairman of APGA, Senator Victor Umeh who stated this at a press briefing at Aguluizigbo in the Anaocha Local Government Area of the state, derided the APC candidate, saying that Anambra State was not Imo.

Umeh who described the litigation threat as an empty one said APGA lawyers were ready to meet Uba in court.

He urged the people of the state, especially APGA supporters not to lose sleep over such threats.

Umeh said: “Our lawyers are fully prepared for the challenge, any time Uba is ready. Uba has no mandate to reclaim because the people of Anambra voted for APGA.

“The election took place in all the 21 local government areas in the state and he didn’t win any council area, so what is he going to court to do?”

“The outcome of the election was a true reflection of what Anambra people want. Anambra people didn’t give Andy Uba any mandate. They wanted Soludo, and they voted for him massively.

“We are used to such cases. I have been in politics for more than 20 years, so, APGA is not afraid of going to court with Andy Uba. Nothing will make Anambra people to vote for a party that has nothing to offer,” Umeh.

“The Nigeria Judiciary is not an undertaker. Please tell him, we are waiting for him in court. Anambra is not Imo State, where a fourth candidate in election suddenly became a governor,” Umeh stated.