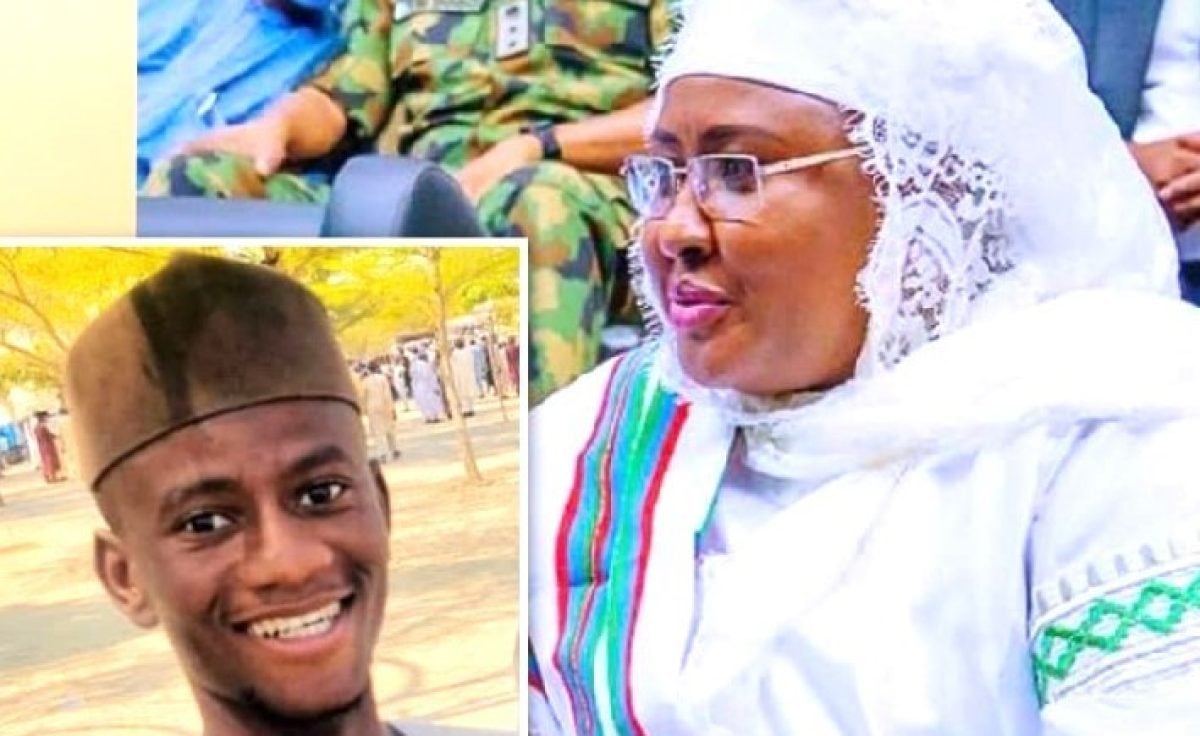 As you may have heard, one Aminu Azare, a 500-level student of the Federal University Dutse, Jigawa State, was arrested, if not kidnapped, allegedly on the orders of Mrs Aisha Buhari. Aisha is the wife of President Muhammadu Buhari and Nigeria’s self-declared First Lady. Never mind that when her husband Buhari was campaigning to be president, he had promised there was not going to be an office of the first lady. And when he won in 2015, although his wife didn’t immediately become the first lady but somewhere down the line, midway into Buhari’s first term, Madam Aisha became First Lady and gained the powers and all the benefits that entailed. Perhaps that’s important to this story because I remember during one of the dinner events Aisha Buhari attended in the wake of the new government, she said words to the effect of: ‘When we come into “our regime…” I was taken aback that this person who wasn’t voted into office could be inserting herself into government so brazenly. Also, at that time, we were just coming out of the era of Patience Jonathan, aka Mama Peace, wife of former president Goodluck Jonathan, who many loved to vilify as being too out there.

Many people must have thought: Here comes a more cultured ‘first lady,’ one who looked beautiful, not fat or a hippopotamus as no less a person than Nobel Laureate Prof. Soyinka made a not-so-subtle reference to Mrs Jonathan.

Speaking of fat, which is in the headline and the reason for this write-up, Aminu Azare’s ‘offence’ and subsequent detention had to do with Mrs Aisha Buhari’s weight. Sometime in June 2022, Mrs Buhari, who has relocated and now lives in Dubai, while visiting Nigeria attended an APC (All Progressives Congress) campaign event looking visibly ‘fuller-figured.’ Her new look prompted Aminu who posted a tweet on June 8 saying: “Su mama anchi kudin talkawa ankoshi” (loosely translated: “Mama has eaten poor people’s money and is now full”).

Fast-forward a few months later in November and the story breaks that Aminu was allegedly arrested and beaten up by security operatives. As if that wasn’t bad enough, Mrs Buhari, the soon-to-be former first lady allegedly partook in this beating of Aminu and while ‘attempting’ to kick him sustained some injuries and was rushed to Cedar Crest Hospital in Abuja. Attempting being the operative word. I would’ve liked to see this attempt at a kick which I’m sure must’ve resembled sumo wrestling more than anything. Meanwhile, as many have been asking: Where’s the lie in Aminu’s tweet?

Seriously, I don’t enjoy talking about anyone’s weight, especially not a woman’s weight. As someone who’s perennially on a weight watch myself, losing and keeping the weight off is no easy task. I also don’t like talking about the spouses of elected officials. I’ve noticed that in this part of the world, people would rather leave the men who were elected, and transfer all their aggression to the wives. It’s that much easier to blame every bad thing on the ‘evil’ wife. As if the man should bear no responsibility for marrying his so-called evil wife.

Equally important, I have some sympathy for Aisha Buhari. From the little we can see, President Buhari, her husband doesn’t appear to offer her much protection as far as his relatives are concerned. Remember how Mamman Daura’s daughter publicly humiliated Aisha? Or how Aisha was not allowed near her husband for the 100-plus days he was sick in the UK in 2017. And God knows how much worse things are. Yes, she plays on our sympathy by coming out every once in a while, to talk as if she sides with ‘we, the people.’ When in fact, it’s some kind of emotional blackmail/hustle where she taunts the so-called ‘cabal’ to get what she wants after which she retreats to Dubai.

But Mrs. Buhari makes it difficult to ignore her antics. In what banana republic is the president’s wife having people arrested for supposedly “insulting” her weight? What are we going to hear next? How soon before the arrest/kidnap net is widened to catch anyone the government doesn’t like or anyone it doesn’t like opinions? Meanwhile, Aminu’s arrest only made more people aware of Aisha’s new weight. Twitter was buzzing a few days ago with all kinds of memes flying around and the first lady had to deactivate her account. In the end, was the arrest and alleged torture worth it? All it has done is made more people conscious of Mrs Buhari’s weight. In any case, no one can accuse the Nigerian government, especially under Bubu himself of being too intelligent. Now that Naija Twitter is trending Aisha’s weight, will the government suspend Twitter again? The question many were essentially asking and daring Buhari, and his wife was: “How many people una go arrest?”

Well, bants aside, it was a concerning sight when Aisha arrived in Nigeria some months ago looking like she was heavily pregnant. It was significant also because she and her husband don’t live in the same country or continent. And if the case was that she wasn’t pregnant, that was going to be even more worrying. Under these circumstances, Nigerians have a right to ask questions about the well-being of their first lady, who’s the supposed mother of the nation. As you’ll see in the “Blast from the past” from 2019 below, this is not Aisha’s first controversy where she revealed her true colours:

BLAST FROM THE PAST

‘Mrs. Buhari has been in the news these past few days (in 2019). First, she came out in support of the social media regulation bill and said, “If China can control over 1.3 billion people on social media, I see no reason why Nigeria cannot attempt controlling only 180 million people”, or words to that effect.

‘Mrs. Aisha Buhari came out hard on people who are not supporting her husband, with a special focus on a senior special assistant on media and publicity to the President, Garba Shehu. It was quite a tirade but this warning (or is it a threat) in the statement sounded ominous, “Garba Shehu needs to understand that this kind of behaviour will no longer be tolerated”! The exclamation mark is mine. This is, perhaps, the First Lady’s version of ‘you will be summarily dealt with’– the language soldiers use, especially in coup speeches.

‘My Conclusion: Although it did seem like many people missed the point, the crux of the matter is that all blame must go to the person through whom Aisha draws her legitimacy. The only person that should be held responsible is Major General Muhammadu Buhari (retd.) himself. As a leader and the supposed ‘iron bender’ strong man that Buhari is, he’s not managing his team well. Things seem to be upside down. There’s the obvious question of ‘if this man can’t even manage his family, how can he manage 180-200 million people’? If Nigeria was a place where votes were allowed to count, Aisha’s antics and her husband’s inability to put his house in order would cost him his job.

First published in AIRTIME, December 15, 2019 (Keeping Up With The Dauras).