Akeredolu, who said the position of a judge was meant for a person that is fit and proper, charged the new Acting CJ to live up to the dictates of his calling. 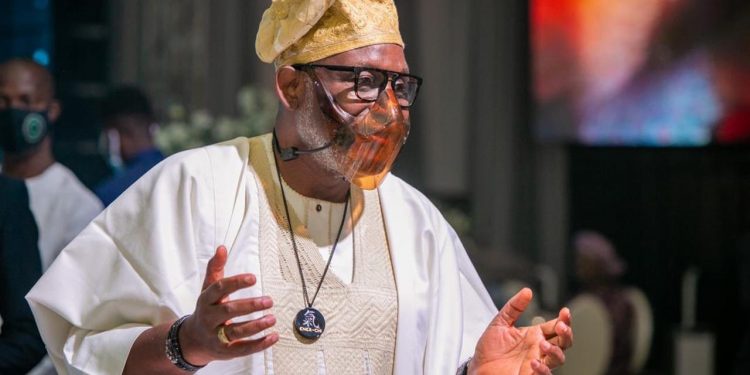 Akeredolu, who said the position of a judge was meant for a person that is fit and proper, charged the new Acting CJ to live up to the dictates of his calling.

The event, held at the Cocoa Conference Hall of the Governor’s office, Alagbaka, Akure, the state capital, had in attendance many dignitaries from all walks of life.

The governor stated that the judiciary should represent hope for all and sundry, stressing that nobody should be allowed to operate in a manner which suggests that the law is subject to his whims and caprices, even remotely.

He said, “Both the rich and the poor, the high and the low, citizens, free from and legal entanglements, which delimit their fundamental rights, as well as those whose freedoms have been curtailed by judicial pronouncements, should feel the existence of a legal system, piloted by the judiciary.

“The beneficiary of an effective judicial system is the society itself. Every pronouncement emanating from the Bench should act as balm on the bruises of the victims of infractions. A judgement should elicit appropriate feelings from litigants.

“The direct victim of abuse should be convinced that the punishment meted to the aggressor is commensurate to the breach. The defendant should feel the full weight of justice to serve as deterrence.

“The society should heave a sigh of relief for the pronouncement. Thus, the judicial system rests on a tripod. There should be justice for the aggrieved and the aggressor. The society, by extension, the people, must be convinced that a judgement takes interest in its preservation.

“A judge occupies the most important public position. He is next to the Almighty while he sits to adjudicate on matters brought before him. He can pronounce that a person be put to death for committing an offence and it will come to pass.

“He can remove kings from palaces and strip chiefs and men of considerable means off their titles. Presidents, Governors, Legislators and other public officials must defer to the enormity of the power wielded by judicial officers whose pronouncements sometimes become law.

“Therefore, this exalted position is too important than to permit flippancy, frivolities, partisanship and barely disguised acts of moral turpitude. Only a fit and proper person should aspire to sit on the Bench. And only such persons should be permitted to wield the power of life and death over other human beings.”

Akeredolu also emphasised that he was not ready to seek any favour from any judge, adding that much was expected of judicial officers by virtue of the eminent positions they occupy.

In his response, the Acting CJ, Justice Williams Akintoroye, expressed appreciation to the governor for finding him worthy of the apportionment. He also promised to put God first in all his decisions and form a synergy with other two arms of government.