Akeredolu: Plan to Amend Constitution over VAT Will Be Dead on Arrival 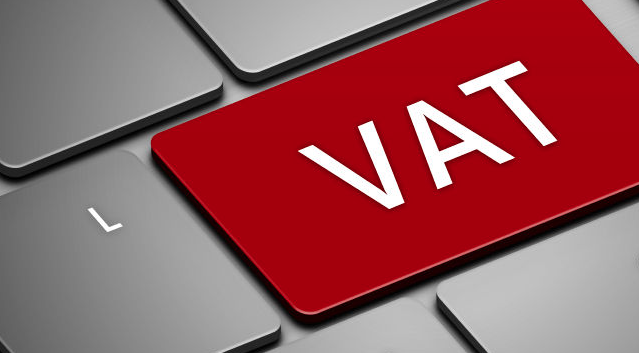 Governor of Ondo State and Chairman, Southern Governors Forum, Mr. Rotimi Akeredolu, has said the move by the Federal Inland Revenue Service (FIRS) to push for amendment of the constitution so as to put collection of Value Added Tax (VAT) on the Exclusive List would fail. Akeredolu stated this during an interview on “THISDAYLIVE”, a programme monitored on Arise News Channel, yesterday.

“That amendment will be dead on arrival. Even if the governors agree to amend the constitution, the House of Assembly in the various southern states will never approve it. The amendment must follow laid down process.
“We are supposed to be a federation, but we have been operating unitary government, rather than the federal arrangement. That plan to amend the constitution over VAT will fail.”

According to Akeredolu, the recent comment by the governor of Ebonyi State, Dave Umahi, who opposed the move for states to collect VAT because the consumption tax forms 40 per cent of the allocation that accrue to his state, is his personal opinion. Akeredolu insisted that the southern governors were united in their resolve to push for states’ collection of tax.

On the southern governors’ insistence that the next president of Nigeria should come from the region, Akeredolu said the governors spoke the people’s mind. He said people in the region had decided that in recognition of fairness and equity, now that the North had produced a president, who would end his administration in 2023, it should be the turn of southern Nigeria to produce the next president of the country.

According to him, “We are not a pressure group, so we are not threatening anyone, but we represent the people of the South. We have agreed that after President Muhammadu Buhari, it will be the turn of the South to present the next president of Nigeria.

The Ondo State governor also denied reports that the governors might be planning to pick one of their members and support to become the next president of Nigeria, saying such an idea has never been part of their discussion.

Responding to a question on the Petroleum Industry Act (PIA), the Ondo State governor said the forum had taken some steps to push for the amendment of the legislation, in conjunction with the Nigerian Governors Forum (NGF), because some of its contents negated the power of the states and dealt directly with the communities, “as if the communities are not under the control of the states.”

According to him, the southern governors also disagreed with the three per cent contribution for host communities, saying, “There are areas we have agreed on. We are also asking, why not use the Sovereign Wealth Fund, instead of the Nigerian National Petroleum Corporation (NNPC), to manage the host community fund?”

The chairman of Southern Governors Forum also spoke about electronic transmission of election results, saying the southern governors affirmed their support for the initiative in order to ensure transparency. He urged legislators from the southern part of the country to ensure they represented the people that elected them into office.
Akeredolu said there would be a day of reckoning for those who turned against the wishes of those that elected them into political positions.

On the anti-open grazing law, he said the governors would not rescind their resolve on the matter, saying the law is not targeted at anyone, but meant to ensure the safety of lives and property.

Akeredolu stated, “The anti-open grazing law is not targeted at anybody. We have our own livestock farmers. If they graze their cattle in the open, the law will catch up with them. I don’t want to respond to Miyetti Allah or whatever you call them. We are not dealing with associations; we are dealing with government.

“We have our own association. In Ondo, we are taking the law seriously and those Miyetti Allah in Ondo are cooperating. We have gone past that anachronistic way of rearing cattle. You can feed them at one place and they will do better. Katsina State has also banned open grazing and they have even banned interstate movement of cattle.”

The governor also spoke on the in-fighting in his ruling All Progressives Congress (APC) and his visit to the national leader of the party, Bola Tinubu. Akeredolu said when he visited the former governor of Lagos State he was recuperating well, adding that his loyalists are looking forward to his return.
Akeredolu described Tinubu as the “Capone” of politics in the zones.