It was a harvest of eulogies on July 23, as colleagues, associates, friends and others gathered in Abuja at a send-off for the retiring Solicitor-General of the Federation (SGF) and Permanent Secretary, Federal Ministry of Justice, Dayo Apata (SAN). 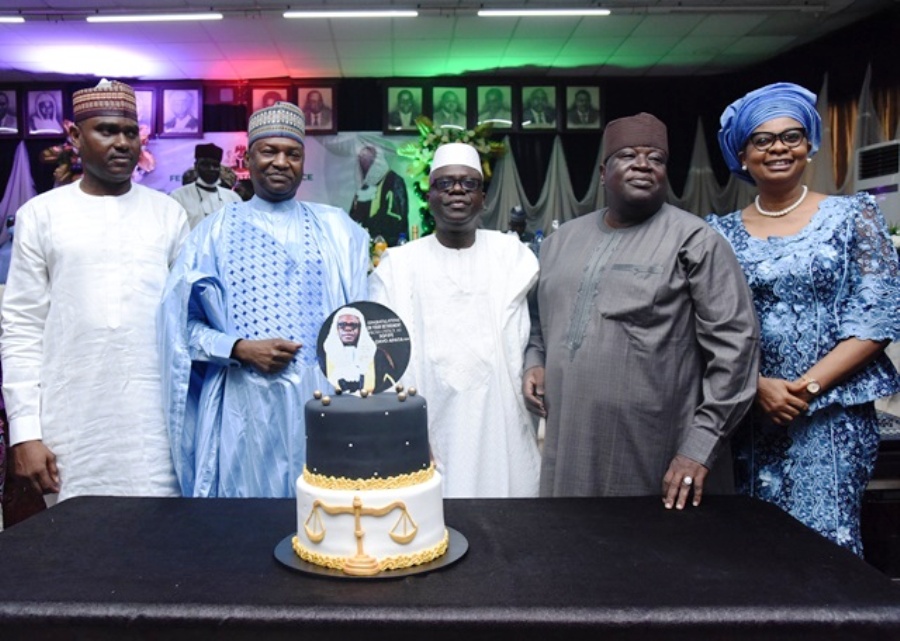 It was a harvest of eulogies on July 23, as colleagues, associates, friends and others gathered in Abuja at a send-off for the retiring Solicitor-General of the Federation (SGF) and Permanent Secretary, Federal Ministry of Justice, Dayo Apata (SAN).

Attorney-General of the Federation (AGF) and Minister of Justice, Abubakar Malami, commended Apata for his contributions to the many achievements of the Justice Ministry since his assumption of office.

“Let me place on record the commendable consistency of the Solicitor General and Permanent Secretary in the implementation of policies and programmes of the ministry.

“I can say with pride that the Ministry of Justice has been lifted to higher grounds and has become the envy of others”, Malami said.

He added that Apata, who formally retired on July 25 on attaining the mandatory 60 years retirement age, distinguished himself in the various capacities in which he served.

Malami, who noted that Apata possesses a rare capacity for detail and perfection, said he found him to be resourceful, committed and patriotic in the discharge of his duties “in my countless encounters and very intimate working interaction with him over the years.”

The AGF, who announced the naming of the ministry’s new electronic library (e-library) after Apata, said the Justice Ministry would miss Apata’s profound knowledge in vital aspects of law.

Responding, Apata attributed his many successes to the support and confidence he derived from Malami, who he said, brushed aside opposition in some quarters to work despite differences in their tribes and religions.

Apata, who once served as Solicitor-General in Ekiti State, was full of praises for Malami for affording him the opportunity to serve to the best of his ability.

Apata, who noted that he had been called names because of his devotion to duty and loyalty to AGF, said: “I don’t care what people say…Malami is my God-sent and I remain eternally grateful to him for the confidence he reposed in me.”

The well-attended event, witnessed the signing of handing over notes and the formal exchange of baton between Apata and his successor, Umar Mohammed Etsu (in acting capacity).