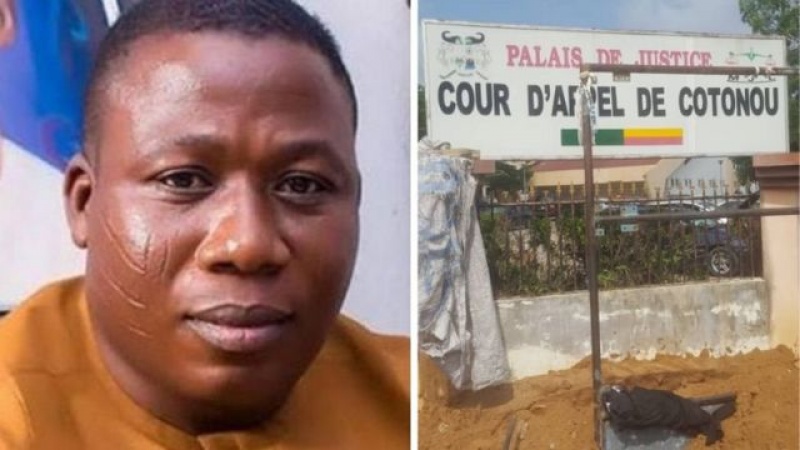 This was after court sessions which lasted for more than eight hours.

Igboho’s lawyers battled to secure bail for the activist but the court only granted him access to medical care after the marathon sessions which ended around past 11pm (Nigerian time). The court also ordered that Igboho be transferred to another detention facility.

The court sessions started at noon, but there were intermittent breaks during the hearing.

It was also gathered that at least six lawyers represented the Federal Government of Nigeria in court on Monday. The legal representatives were a combination of local and international lawyers as well as French-speaking and English-speaking lawyers.

However, a member of Igboho’s legal team, Pelumi Olajengbesi, expressed confidence that his client would be released.

Earlier, the court barred journalists and supporters of Igboho from the courtroom but allowed the agitator’s lawyers and his wife, Ropo, inside the courtroom.

The court investigated the allegations brought against Igboho by the Federal Government of Nigeria which claimed, amongst other things, that the activist is a gun runner who caused disunity in the country.

Recall that Igboho and his wife were arrested at the Cadjèhoun Airport in Cotonou around 8pm on July 19, 2021, while they tried to catch a flight to Germany through an Air France plane. But the court, last Thursday, ordered the release of his wife but returned Igboho to police cell.

Igboho was earlier declared wanted by the Department of State Services in Nigeria for allegedly stockpiling arms, an allegation he denied.

The secret police on July 1, 2021, had raided his house, killed two of his associates and arrested about 12 of them.