“It must however be mentioned that the role of the judiciary especially with the use of the mobile court system ensured the enforcement of pandemic rules and guaranteed that we were not overwhelmed.” 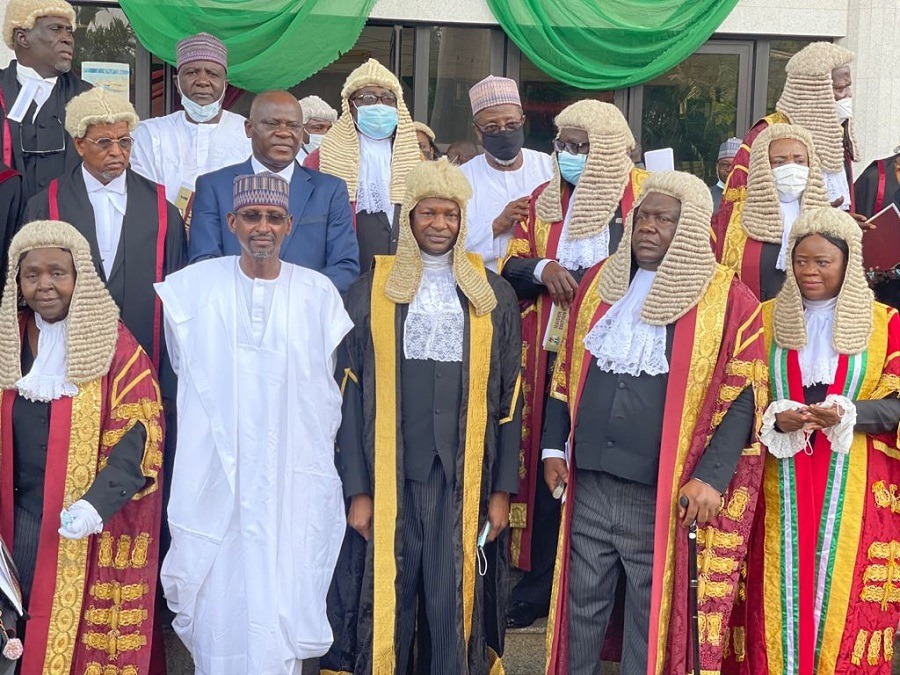 Minister of the Federal Capital Territory (FCT), Muhammad Musa Bello, has said the Nigerian Judiciary, since the return to democratic rule, has lived up to its responsibilities. He said it has adjudicated many landmark cases that have further enriched our jurisprudence, entrenched the rule of law and deepened the democratic ideals of our country.

He gave the remarks in his goodwill message at the maiden edition of the Court of Appeal Legal year and Justice Retreat on Monday in Abuja.

He said the innovation undoubtedly signifies the preparedness and determination of the Court to discharge its responsibilities to the nation and people of Nigeria.

He pledged that the administration will continue to cooperate with the judiciary in the discharge of their responsibilities to Nigeria.

Bello further stated that “as we confront various social, economic and political problems that stand between us and our goals of building a strong and virile nation, the role of the judiciary in ensuring that we meet our desired objectives has become more profound.”

His words: “There is however no doubt that the men and women that sit on the bench will always, rise up to the occasion and ensure that we remain on the path of growth and development.

“The past year has been quite challenging for us in the FCT and indeed the country, due to the advent of the COVID-19 pandemic which tasked us in many unprecedented ways.

“Containing the pandemic in the FCT involved the active participation of virtually all arms of the government alongside several government and non-government organisations.

“It must however be mentioned that the role of the judiciary especially with the use of the mobile court system ensured the enforcement of pandemic rules and guaranteed that we were not overwhelmed.”