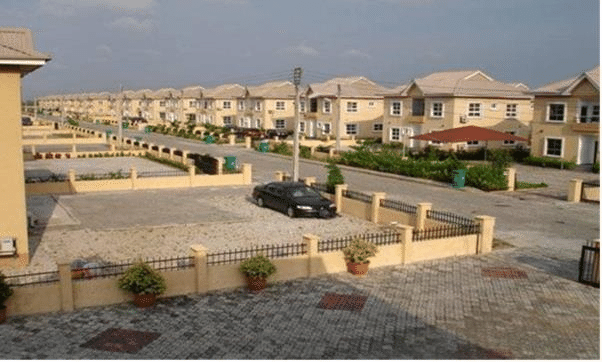 Their lawyer, Olufunsho Isaac, has sent a letter to the Chairman of Bwari Area Council, John Gabaya expressing the residents’ pains and disappointment.

“How does one justify an average bill of N140,000 on mere two-bedroom flats and other higher billings?” the lawyer wrote.

Some residents who spoke with our reporter said the charges were arbitrarily levied without valuation of property as provided for in the tenement law of the council area.

Some of them also complained about among other issues, imposition of retrospective charges for 2019 to 2020, with demand notices backdated to 2019, even on those who were not living in the area at the time.

Served on residents as far back as August, the summonses seek an order of the court to seal off the premises of defaulters pending the payment of their debts to the area council.

They wondered why they should be burdened with such “exorbitant” fees despite their efforts at improving dilapidated infrastructure in their locality through community efforts without support from the area council.

They lamented that they were just recovering from the hardships occasioned by the coronavirus pandemic, only to be slammed with “arbitrary, humongous and outrageous amounts.”

“The residents of the estate are perturbed, disappointed and saddened about the development despite your area council’s refusal to attend to the needs, yearnings and longings of the people.

“You chose or decided to impose an exorbitant, and unbearable burden of tenement charges on all occupants without considering the harsh economic realities of our times.

“It is important to reiterate the work singlehandedly handled by the estate which includes but are not limited to: Road mapping, landscaping, drainage system, sand filling of roads, purchase of electricity poles, purchase of recline wires/other cables, and contribution for transformer purchase, the above were done without the input of the area council,” the letter read in part.

Among other demands, the residents, through their lawyer, requested a meeting with the Director of Revenue of the Bwari Area Council with a view to having a harmonious relationship and forestall frictions in the exercise of their duties.

“That you (Bwari Area Council boss) direct the said Director of Revenue and his staff to negotiate with our client so as to arrive at an affordable rate per building instead of splitting the payment into parts, thereby causing rifts between landlords and their tenants.

“That you direct the said director to desist from further instituting actions against members of our clients forthwith.

“That you cause the said director to refrain from retrospective charges – (from 2019-2020). The demand notices were issued this year though backdated to 2019, such is totally unacceptable.

“That you also make efforts to fulfil your promises to work on their road so as to boost the confidence of the residents in your leadership,” the estate residents’ lawyer wrote.

The aggrieved residents appealed to the council chairman to review the collection of tenement charges in line with statutory provisions.

The chairman, Landlords Association of the estate, Uwaje Ifeanyi, said the Bwari Area Council neglected a crucial statutory provision, which says it must first carry out a valuation exercise of properties before tenement charges are sent to residents.

“Since this estate was built, there has never been a valuation of properties exercise by the Bwari Area Council as required by law.

“We are not opposed to the payment of tenement charges, but the rates have to as stipulated in the Area Council bye-law,” Mr Ifeanyi said.

Residents cited the provision of the Tenement Rate Collection Bye-Law (No. 20) 2016, which stipulates that “valuation office shall carry out assessment of all rateable properties in the Area Council.”

This, the residents say, has never happened.

Another issue in contention said to be in breach of the law is the levying of individual occupants of a property instead of imposing only one charge on a property.

Eze Chinyere, who is the Assistant Estate Secretary, said some residents only moved into the estate this year, but were asked to pay tenement charges for 2019 and 2020.

“Some residents were charged as much as N200, 000 as tenement rates for apartments that are being rented at the cost of 600, 000. This is clearly above the four per cent provision in the bye-law,” Mr Chinyere explained.

He also lamented the deplorable state of the roads in the estate, adding that residents were responsible for the basic amenities like water and installation of electricity poles and transformers.

For two days, this reporter made efforts to reach the Bwari Area Council Chairman, but to no avail.

Several phone calls and a text message sent to Mr Gabaya’s via his telephone line went unanswered as of the time of filing this report.

The Revenue Director of the Council, Olu Kenneth, contacted by our reporter, declined to respond to specific issues raised by the residents.

He, however, advised owner occupiers of the estate to visit the revenue office for a “resolution of all pending matters”.