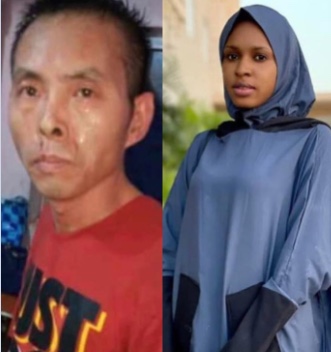 At the resumed hearing on Tuesday, October 4, 2022, Muhammad Dan’azumi, the defence counsel, notified the court that an interpreter had not been provided for the accused.

The case, which was originally slated to commence last week Monday, was adjourned to Tuesday due to a lack of legal representation for Mr Quandong.

Initially, the police in Kano, North-west Nigeria, on 21 September, arraigned Mr Quandong before a magistrates court at Zangeru road in Kano.

At the hearing, Mr Quandong addressed the court in Chinese, which made it difficult for the parties involved including the magistrate to comprehend the message.

The Magistrate, Justice Sunusi Ado Ma’aji adjourned the case to 27 October, with the hope that an interpreter would have been found to explain the charges to Mr Quandong in Chinese.

Speaking shortly, Kano state Attorney General and commissioner of justice, M, A Lawan said, the case could not be heard as the accused person has the constitutional right to be communicated to in the language he understands.

“The issue of interpreter was raised which is a constitutional issue and after the last adjournment, we wrote a letter to the Chinese embassy requesting for interpreter because we expected this to happen and I am sure they will do that. That s is why we adjourned the matter to at least three weeks. Ordinarily, it’s supposed to be a week.” he said.