Aba NBA Set To Protest Over Dilapidated Roads, Describes The City As “A Near Hell”

“If you’re driving on Faulks Road that they told us that took billions of naira to repair, you’ll think you’re having a nightmare! Port Harcourt Road those who are living there aren’t living like human beings anymore.” 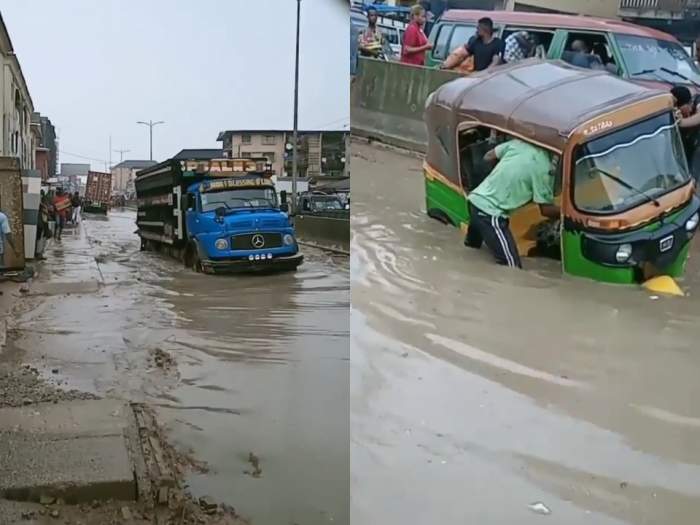 The Nigerian Bar Association (NBA) Aba branch, on Wednesday, said it will embark on a protest against the bad nature of the roads in the commercial city of Aba, Abia State.

Addressing Journalists, Vice President, NBA, Aba branch, Barr. Victor Onweremmadu said that the decision was reached on the 12th of November 2021 after the association’s meeting.

Onweremmadu who is also the Chairman of Aba NBA Human Rights Committee said that the body of legal practitioners cannot continue to keep mute while the city of Aba decays beyond recognition.

“If you look generally on the roads in Aba, especially Faulks Road, Uratta Road, Port Harcourt Road and so many important roads leading to areas with major industries in Aba, you’ll find out that Aba has been cut out into two.

“Nobody can visit Ariaria like a normal person anymore, you cannot visit Alaoji spare parts market to buy parts anymore if you have a problem. You can’t visit the building materials market at Uratta anymore.

“If you’re driving on Faulks Road that they told us that took billions of naira to repair, you’ll think you’re having a nightmare! Port Harcourt Road those who are living there aren’t living like human beings anymore.”

He said that whenever anyone from Aba visits neighbouring cities like Port Harcourt, Uyo and others, the person will realize he is in a near hell.

“Go to any other city and drive your vehicle, by the time you return to Aba, you’ll be having sleepless nights. We cannot continue this way. I don’t know if it’s even better for Aba to have its governor or given autonomy for a mayor or whoever if possible to come and govern Aba separately because the Abia State government had failed.

“Abia State government should be ashamed of itself that Aba is in this state. The sycophants in Abia State are busy massaging the Governor that he has done this and that. What has he done?”