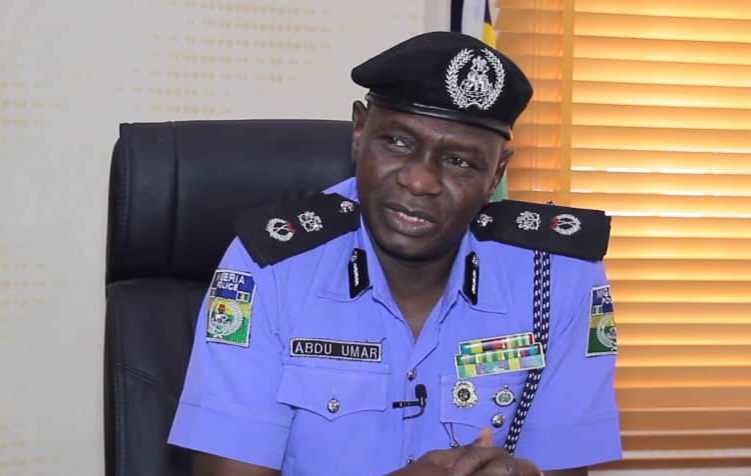 Borno State Police Command has warned politicians and political party supporters to avoid speeches and actions that may cause social unrest during political campaigns in the state.

The Commissioner of Police CP Abdu Umar gave the warning on Wednesday while addressing journalists in Maiduguri, the state capital.

According to him, It is a stern directive of the Inspector General of Police that the State’s Police Commissioners should advise the political actors in their respective areas to avoid actions or speeches and conduct their campaigns within the extant legal framework.

“The Inspector-General of Police is concerned with approaches by political actors. It is his stern directive that you advise the political actors in your respective areas to avoid actions or speeches and conduct their campaigns within the extant legal framework.

“I enjoin you to maintain a cordial relationship with council leaders, traditional/community leaders, religious leaders, political leaders, youths and entire members of your respective communities as the Police cannot achieve this all alone. Support of all citizens and the international community remains vital.

“As you return to your various Formations/Divisions after this conference, you are to liaise with political parties in your various areas of responsibility for a smooth campaign putting into consideration, date, time and venue to address possible conflicts; design your action plans for security coverage of venues of political campaigns; the use of quasi-security outfits in electioneering campaigns and other politically related activities are banned – you are to inform the Local Government Chairmen, community leaders and leadership of all political parties in your areas of responsibilities on this ban; overhaul deployments to dominate the public space – visibility policing; and O/C SIB to redirect intelligence activities to monitor and frustrate illegal and undemocratic intentions of criminal elements.

“The police as a critical stakeholder in the election process, the outcome of the credibility of the 2023 general elections will be measured by the extent to which we abide by these professional and legal standards. We must employ the appropriate machinery to ensure a peaceful electioneering campaign.

“Let me also remind us all seated here that, to achieve our election security mandate, there is the need for us all not to rest on our oars. The Electoral Act, the Code of Conduct and Rules of Engagement for Personnel on Election Duty remain our watch-words. These further emphasize the mandate of the Police into; ensuring the safety and security of all persons and properties; strict enforcement of the Constitution of the Federal Republic of Nigeria, Criminal/Penal Codes as well as Electoral Laws, fair play, traffic and crowd management at the venues of campaigns, rallies and other activities related matters.

“Recall that the INEC, in compliance with Sec. 94(1) of the Electoral Act 2022, has confirmed that electioneering campaigns by all political parties would officially commence today, 28th September 2022. From this time forward, politically related offences may begin to manifest across the State. This call for intensive security coverage by the Nigeria Police Force is the lead security agency in the political process,” he added.