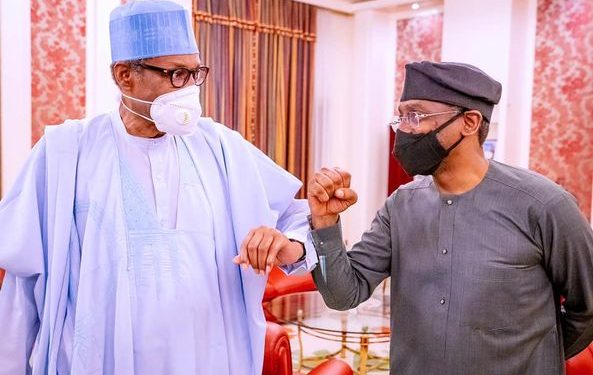 The Speaker of the House of Representatives, Femi Gbajabiamila, on Thursday, met with President Muhammadu Buhari, seeking his support for direct primaries as well as urging him to sign the recently passed electoral amendment bill into law.

The Speaker who made the disclosure while speaking to State House Correspondents after the meeting said he urged the president to support the conduct of direct primaries by political parties as contained in the bill recently passed by lawmakers.

Many state governors, across the two main parties as well as the main opposition party, Peoples Democratic Party (PDP), are against direct primaries and have urged the president not to sign it into law because of the clause that mandates political parties to conduct direct primaries in selecting candidates.

Gbajabiamila who met the President with a delegation of five said: “Are you not aware that the National Assembly has passed the issue of direct primaries and electronic transmission of election results. That is the position of National Assembly. It has passed both houses.”

On what the takeaways from the discussion with the President, he said: “Very good, hopefully, we get the bill transmitted now that he is back very soon. We are hopeful it will become law and Nigerians will be better for it.”

On if the bill has been transmitted to the President, he said: “It’s on the way. You can be sure of that.”

He added: “The official position of House of Representatives and the Senate, we are for direct primaries. We are for empowering the people at the grassroots level. Let everybody participate in governance. Democracy is defined as government of the people, for the people and by the people. People is used three times in that definition. And it doesn’t start from general elections. It starts from primaries. So, we have made it very clear abundantly.”

On the lawmakers want direct primaries, Gbajabiamila said: “Because it has been like that for a long time and it’s not helping our democracy. It is not growing and deepening our democracy. We have passed Not Too Young To Run Bill which the President was very happy to be a part of because he wants to encourage young people. But it’s just a bill on paper. You pass Not Too Young To Run Bill but at the same time you close the space for the young ones for whom you have passed Not Too Young To Run Bill. You have continued with your indirect primaries. How will the young people get involved? Now, they have a chance with the direct primaries. You have opened up the space and they can get in and mobilise themselves and if they are popular enough, they win the election. They are not dependent on any godfather.”

On allegations that he is fighting for direct primaries because he has been edged out, the Speaker said: “Let me tell you something very clearly, and I have said it over and over again, the indirect primary is easier for me, at least, as far as my constituency is concerned. The indirect primary is easier for me. But because I don’t want to be selfish, because I want to look at the bigger picture, I will rather go with direct primaries. Let everybody go and vote. If they vote me out, they vote me out. It is as simple as that.”

NEWER POSTLekki Procession One Year After – By TONY AFEJUKU
OLDER POSTAba NBA Set To Protest Over Dilapidated Roads, Describes The City As “A Near Hell”