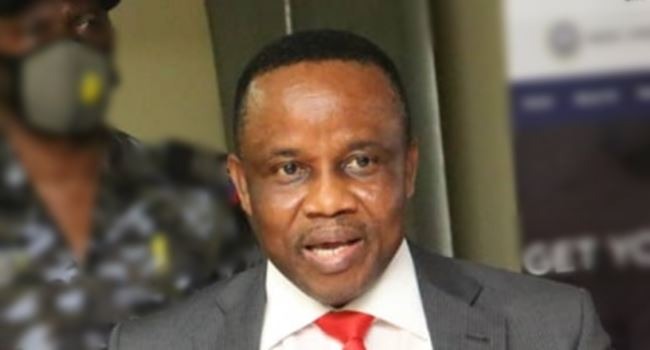 The Interim Administrator of the Niger Delta Development Commission (NDDC), Pastor Effiong Akwa, has proffered that school certificate holders should be excluded from aspiring to any political office from 2023, noting that the business of managing the nation “is not for nonentities”.

Akwa, who was the keynote speaker at the ongoing Nigerian Union of Journalists (NUJ), Akwa Ibom state council press week in Uyo, the state capital, said it was time for Nigeria to be liberated from the stranglehold of inexperienced and barely educated people as the 2023 crucial elections’ year beckons.

According to him, in the ongoing electoral reforms, “those with school certificates from 1970, should be exempted from the politics of 2023”, querying: “For God sake, what does a school certificate holder know about budget?”.

“Anybody aspiring for political offices in 2023 should have a minimum of BSC or its equivalent, except for those who already had it before 1970. There is need to up the standard because there is no need for somebody who doesn’t even understand the budget and the process to be allowed to hold any political office.

“I have come across several graduates in my office who can’t even express themselves, not to talk of people with ordinary school certificate”, he stated and blamed the flawed electoral process for throwing up those he described as charlatans into circular political system.

Urging those tinkering on the electoral process to ensure the entrenchment of an open process of selecting candidates during party primaries, Akwa impressed it on the lawmakers to stand their ground for the bill to be passed into law.

For Nigeria to get out of its present socio-economic quagmire, the NDDC chief pointed that that only people with deep knowledge could drive the country along the path of recovery from 2023.

According to him, merit and not zoning should be the major deciding factor in electing quality political leaders to steer the country out of the wood and urged the media to lead the advocacy campaigns towards the attainment of a seamless electoral system.

He noted that zoning would only produce leaders with a clannish mentality who would continue to subject the country under the vice grip of nepotism, ethnicity and other personal sentiments that breed insecurity and corruption.

He, therefore, charged the reforms Committee to strengthen institutions of the law to be independent, do away with all pre-election matters as well as de-emphasise the allure of money politics and vote-buying.