20 Years Since September 11 Terror: Lessons For US And Africa 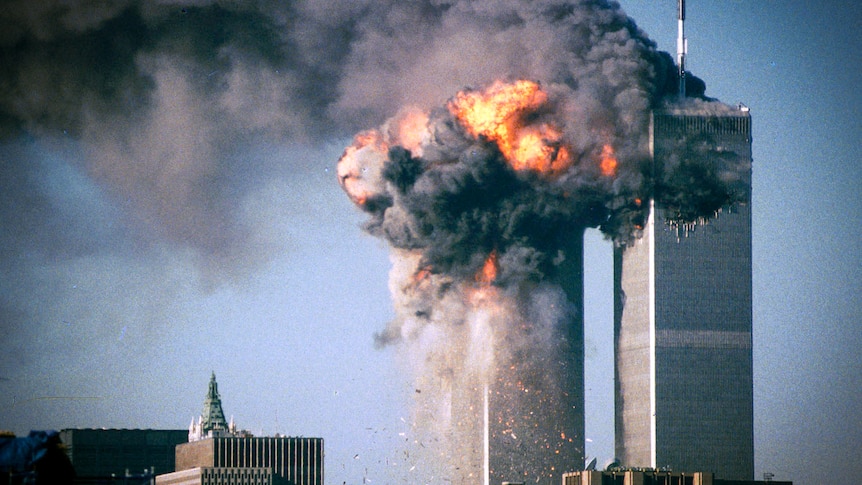 Chido Nwangwu recounts the chilling terrorists attacks on the US 20 years ago by Islamic fundamentalists, and its dastardly ripple effects across the world

This second weekend of September 2021 is the 20th anniversary of the Tuesday, September 11, 2001 terrorist attacks on the United States by the radical Islamists Al-Qaeda.

For those who have forgotten, Osama Bin Laden, a Saudi Arabian and the late driving force for the September 11, 2001 terrorist attacks, was based, briefly, in the largely Islamic African country of Sudan before leaving in 1996, and later settled in the Islamic fundamentalist country of Afghanistan. His primary operational base, according to unclassified records and security analyses regarding the September 11 attacks, was in Afghanistan which was under the Taliban rule at the time.

I have written substantially on this issue, over the years, therefore, I will reference some of my insights, brief historical contextualization and contemporaneous juxtaposition. Especially, with the facts of the exponential escalation of radical jihadists movements and violence and terror we see almost every other day across Nigeria and the Sahel belt of Africa.

First, 20 years ago on September 11, in New York and near Pennsylvania, almost three thousand Americans, Africans and other nationalities suffered deaths from the direct consequences of the terrorism of September11. Most of those being breadwinners for their families.Those wanton terror and wholesale visitation of murder and mayhem did not only affect Americans but persons from almost 20 countries. Before that, on August 7, 1998, the U.S Embassy in the East African country of Kenya was bombed which led to the deaths of 207 Kenyans, 12 U.S citizens and left more than 4,000 injured. Within a minute of that sad event, a smaller terrorism blast rocked Tanzania’s capital, Dar es Salaam, killing 11 Africans.

Second, the murderous domestic excesses of these harbingers of death and purveyors of bigotry inside parts of the African continent, such as the Boko Haram, ISWAP, the herdsmen with AK-47, etc in Nigeria, seriously threaten those countries. Consequently, it is a fact beyond any media spin that the current government of President Muhammadu Buhari — like his predecessor President Goodluck Jonathan — seem incapable of securing/protecting lives and properties of Nigerians, including members of its armed forces and the police, realistically. The al-Shabab in east Africa remains an existential threat.

Third, it should be a matter of vital national duty that African governments take more decisive and no-holds-barred approach to choke off the camps and networks of terrorism hiding under the veneer of religiosity and a concoction of bloody and assorted fanaticisms. It is very interesting and ironical, that somehow these radicals are now turning against those who initially, allegedly, provided some support or cover for them when they started attacking other groups.

Fourth, these trouble makers and merchants of death have caused the killings of at least 10 million Africans since the end of colonialism in the early 1960s.
Fifth, my research and threats analyses of the frontline of previous and recent emanations of zealotry and religious violence show that some of the most dreaded and violent groups in Nigeria, Chad, Tanzania-Zanzibar, parts of Northern Africa and the Maghreb region, are said to have been financed from Sudan, Saudi Arabia, Libya, Yemen, Pakistan, and other “Brother Islamic countries and agencies.”

20 years ago, Jos, one of the central cities in Nigeria with a mixed population of Christians and Muslims, and size-able Euro-American population saw 700 persons killed, and thousands maimed and houses burnt, in a few days in September 2001.
Sixth, Africa and its governments should position their actions and policies around the paradigm that terrorism in the 21st (and in fact during the 20th century) is an issue of domestic consequence. It affects the flow of economic investments, weighing in on the measure for or against international capital, and even the value and safety of domestic/internal business.

My point? Offering or dealing kid-gloves or looking the other way believing the terror machines will relent is wishful thinking. The US must also weigh its own policies and actions — which do not excuse but can open a window for some nut to engage in their sick pursuits of lethal zealotry.

Seventh, in this quest to make the world relatively safer, it is important to note the views of John L. Esposito, distinguished Professor of Religion and International Affairs and Director of the Center for Muslim-Christian Understanding at Georgetown University, WashingtonD.C. and the author of several books on Islam, including ‘The Islamic Threat: Myth or Reality?’ who has stated that: “While some governments and experts identify Islamic fundamentalism as a major threat to the stability of their societies and to global politics, others point out that it is important to distinguish between authentic populist movements that are willing to participate within the system and rejectionists who seek to topple governments through violent revolution.”

Eight, I commend Senegal’s former President Abdoulaye Wade, a member of the Mouride Islamic sect whose wife is a French Christian as an excellent reflection that the issue in Africa cannot be that all Muslims seek for conflicts or are terrorists. No. Such reductionism is not only foolish but untenable.

I was in Senegal on assignment regarding former President Bill Clinton’s visit inApril 1998 to parts of Africa, and I’m aware of the fact that, although, Senegal’s population is 90% Muslim, Islamic fundamentalism is not common.
Wade challenged the continent 19 years ago, to move “beyond verbal declarations, African countries should engage in direct actions in the global fight.” Note the key word is “direct actions.” Translation: rid your neighborhood and countries of any support or cover for terrorists and bigots.

Ninth, hopefully we will come to terms with the interconnectedness of our global security and individual safety. Such interconnectedness of human security was evident, loud and eloquent in Tanzania President Julius Nyerere’s and Canadian Jews’ and Caritas’ and ‘Haiti’s position to save Igbo kids such as me from the Nigeria-Biafra (1967-1970) war over oil, violent fanaticism, genocide and what I deliberately refer to as ‘mechanized bigotry’ in my forthcoming 2021 book titled ‘MLK, Mandela & Achebe: Power, Leadership and Identity’ MLKMandelaAchebe.com

Tenth, Africans and Americans should unmask and halt radical religio-political hate. In so doing, we are acting not only in America’s current best interest but in the African continent’s strategic and developmental interests. Although, there are sophiticates among these “armies of god,” the failure of some of those countries’ leaders, Christian and Muslim alike, have made the very poor, uneducated and dispirited willing goons in religious conflicts and fodders for terror machines.
Unfortunately, we never seem to learn the lessons of history.

* Dr. Nwangwu is the Founder & Publisher of USAfrica magazine (Houston) and USAfricaonline.com, first African-owned, U.S-based newspaper published on the internet. He served as an adviser on Africa business to Houston’s former Mayor Lee Brown